Individual Tax Rulings Now Possible in Moldova – And They're Binding!

What previously was impossible and not foreseen by local legislation is now possible. Starting 1 January 2017, the Tax Code of Moldova (the "Tax Code") was amended by Law 281/2016 to include a separate norm (Art. 136¹) on individual tax rulings ("ITR") for the benefit of entrepreneurs. Within the limits of its scope and in respect of a concrete beneficiary, an issued ITR is binding on the State Tax Service (the "STS"). The Government and the Ministry of Finance are expected to approve the secondary legislation to regulate the details of the procedure.

Who can apply for an ITR?

Any individual and/or legal entity doing business (an "entrepreneur") has the right to apply for an ITR. Although non-residents are not prohibited from applying for an ITR, to qualify as an entrepreneur, they need to demonstrate an intention to earn income or that they receive income in Moldova, regardless of the type of business.

Among other things, each application must contain a description of the precise tax obligation in respect of which an ITR is being sought.

Where to apply and how much does it cost?
Applications are filed directly with the STS. The factual situation and/or transaction in respect of which an ITR is requested must be presented in sufficient detail to the STS and must not be implemented yet.

Fees payable into the state budget for an ITR are:

Under the general rule, an applicant can request restitution of the fee paid if the STS rejects its application. The secondary legislation, which is expected any day now, will likely regulate other situations related to the fee (e.g. withdrawal of application, etc.).

The fee will likely be tax deductible for cases in which an ITR is received, as this cost is directly related to the applicant's business activity.

Timing and examination
Applications for an ITR will be examined and a decision issued within 90 days of receipt of the complete application. The STS may request additional information, documents and proof from the applicant (the 90-day deadline will be suspended while the STS awaits the applicant's response).

The secondary legislation is expected to regulate aspects such as: (a) the exact moment the STS confirms that an application is complete; (b) the possibility to consult the STS before a formal application; (c) the period of time within which the applicant will have to communicate additional information, etc.

Effects of an ITR

These recent amendments will have a clear benefit on the business climate in Moldova. The days when entrepreneurs had to base their transactions on non-binding tax rulings are over. From now on, a carefully structured and well-intentioned transaction, communicated in advance to the STS, has every chance of receiving an ITR. The sooner the local government and the Ministry of Finance pass clear and straightforward secondary legislation the better. 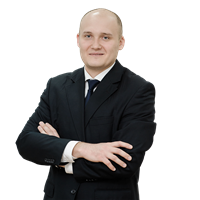