Why is Transfer Pricing relevant for BEPS?

TP refers to prices that are set for transactions between associated companies within a corporate group, which must be priced in accordance with the arm's length principle. Since determining prices is not an exact science, intercompany transactions have increasingly been used for tax avoidance and artificial profit shifting. This led in July 2017 to the publication of the updated Transfer Pricing Guidelines 2017 relevant in all OECD countries. The BEPS project is still ongoing and further guidance and documents will follow in the coming years.

What price tag do intangibles have?

When valuing intercompany transactions involving intangibles (eg royalties), the OECD has shifted its focus from merely analysing legal ownership and arrangements to substance and actual economic activities (economic ownership). This means that instead of taking into account legal relationships, tax authorities will primarily consider the involved parties' activities, including facts like headcount or the value of certain employees. Profits are therefore allocated according to corresponding business activities, making it almost impossible to continue aggressive tax planning in a post-BEPS environment.

Multinational corporations are therefore advised to either add substance to their offshore hubs or modify the pricing arrangements by restructuring functions and activities to correspond to the allocation of actual risk, capital and ownership. Attention must also be paid to the "Nexus Approach" that was introduced by the BEPS package. It simply means that a company may only benefit from an IP structure if it can show corresponding expenses, such as research and development costs. Legal arrangements that try to shift IP rights to low-tax jurisdictions might be disregarded or re-characterised for tax purposes by the authorities.

BEPS Action 13 has resulted in the adoption of a three-tiered TP documentation approach, aiming at standardising documentation and filing requirements to avoid multiple regimes as well as improve tax transparency. This approach contains a master file, a local file and a Country-by-Country report (CbC report). While the CbC report must be implemented into national laws by the OECD countries, the master and local files are optional. Austria has implemented both files in addition to the CbC report with the Transfer Pricing Documentation Act 2016 (Verrechnungspreisdokumentationsgesetz).

The CbC report has received the most attention, since it will have the biggest practical relevance for corporations. All group members must be disclosed in the report, including details such as jurisdiction of incorporation, revenue, income tax paid, profits, assets or number of employees.

If a multinational corporate group exceeds consolidated annual group revenue of EUR 50m it is required to create a master and a local file. The threshold concerning the CbC report is set at EUR 750m. The OECD might reconsider these thresholds in 2020. The first CbC reports have to be filed by 31 December 2017.

CbC reporting will doubtless increase both the compliance burden and costs of corporate groups. As sensitive corporate tax information will be shared between tax authorities, there will be a high risk of exposure of irregularities concerning TP practices. It is therefore advisable for multinational companies to integrate elements of the CbC reporting into their standard TP documentation system as soon as possible to avoid TP adjustments, missing information and possible disputes. Fines of up to EUR 50,000 may be imposed for non-compliance (see section 49b of the Criminal Finance Act – Finanzstrafgesetz).

Since transfer pricing adjustments by one country may reduce the tax base of the other country, the taxpayer may be subject to double taxation. To resolve this issue, the taxpayer may initiate the Mutual Agreement Procedure (MAP), which is currently the only long-lasting and non-binding tool available. The number of MAP disputes has more than doubled over the last decade and will increase with BEPS. Therefore, the OECD aims at strengthening the MAP procedure with Action 14, resulting in easier access as well as faster resolutions. At the European level, the Council adopted similar rules on 10 October 2017 to better resolve tax disputes within the EU.

With respect to mandatory binding arbitration, no international consensus could be reached during the BEPS negotiations. However, a significant group of Western countries has still committed to the adoption of an arbitration mechanism, signalling a major step forward, when considering that these countries combined were involved in 90 % of all pending MAP cases at the end of 2013.

Given that the compliance requirements in a post-BEPS environment will definitely be more demanding than ever before, the time for taxpayers to act concerning TP issues is now. 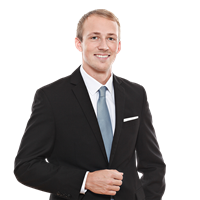