Major changes to Slovak construction law on the way

Slovak construction law is governed by a Building Act that has been in force since 1976. It was first adopted in an entirely different political and economic situation and no longer reflects the requirements of a market economy, despite countless amendments. The current Building Act as well as the whole real estate sector can be characterised by complicated and lengthy administrative and permitting processes.

On 16 May 2021, the Slovak government published the new Construction Act and the new Spatial Planning Act, which will replace the current regulation. The proposed acts represent a major change in the real estate sector, since their goal is to reboot the antiquated and oft-amended construction law and make it relevant for the needs of developers.

If this sounds all too familiar, you are not mistaken. In 2015, the Slovak Ministry of Traffic, Construction and Regional Development presented drafts of the Act on Zone Planning and Construction (New Construction Act) and the Expropriation Act, with the intended effective date of both acts being 1 July 2015. However, these plans crashed and burned, and the current government started basically from scratch.

Speeding up the construction permitting process in Slovakia

The entire process of obtaining a construction permit in Slovakia, which is notoriously long compared to other OECD countries, will change. It will become electronic and the number of steps will be reduced from the current 84 to 13. The process of issuing a construction permit should last no longer than 45 days. Planners will have an important role. They will represent developers or investors and will include the comments of the respective authorities into planned projects, meaning that many of the roles currently held by the building authorities will be given to the planners.

Municipalities are concerned that they will lose the ability to intervene in construction proceedings and to prevent unwanted construction.

Moreover, the new Construction Act includes fee increases for issuing a construction permit, which will be calculated as a percentage of the construction costs, a change that has been criticised by developers.

The drafts of the Construction Act and the Spatial Planning Act have also come under fire from several organisations. Thousands of comments from NGOs, employers and municipalities were sent during the interdepartmental review. It is therefore very likely that the current drafts will undergo many changes before they are passed by the Parliament.

Regardless, a new construction law in Slovakia will certainly be a major step forward for the whole real estate sector. 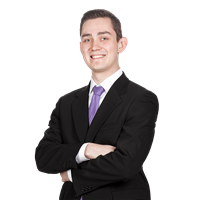