Merger Control: Adjustment of the local nexus under the transaction value threshold in Austria

The Austrian Federal Competition Authority (FCA), together with the German Federal Cartel Office (FCO), has published an update to its guidelines on the application of the transaction value thresholds (Guidelines).

The transaction value thresholds were introduced in Austria and Germany in 2017 to adapt the merger control regime to cases such as acquisitions of start-ups by incumbents which do not meet the primary turnover thresholds but were nevertheless considered to require merger control scrutiny in order to protect innovation and competition in dynamic economic environments. Pursuant to Austrian law, a transaction that does not meet the primary turnover thresholds requires merger control approval if (i) the transaction value is above EUR 200m, (ii) the parties' combined revenue exceeds EUR 300m worldwide and EUR 15m in Austria, and (iii) the target company has significant domestic activities.

The latest changes to the Guidelines relate to the notion of significant domestic activities. The changes are a consequence of the new second domestic turnover threshold, which was introduced in Austria with effect from 1 January 2022. Now, a filing obligation based on the primary turnover thresholds requires that in addition to the previous criteria, each of at least two companies has a minimum of EUR 1m domestic turnover.

This amendment has now also been reflected in the transaction value threshold. Going forward, a target company will be considered to meet the local nexus test if it has at least EUR 1m (previously EUR 500k) of revenue in Austria, provided that income from sales adequately reflects the market position and the competitive potential of the target company (Guidelines, para 83). However, particularly in digital and very innovative industries, income from sales (i.e. turnover) is often not an appropriate benchmark for market relevance. The increase to EUR 1m will therefore bring relief only for transactions in traditional sectors. In Facebook/Giphy, for example, the Austrian Cartel Court stated that the value of digital companies is predominantly not defined by turnover but rather by data. Data-based significance may be assessed by looking into recognised industry benchmarks (e.g. user numbers (monthly active users) or the access frequency of a website (unique visits; Guidelines, para 67)). In line with this, Giphy was found to have significant domestic activities because more than 0.5 to 1m Austrian (indirect) users sent at least one Giphy GIF in May 2020.

Furthermore, the Guidelines indicate that a target company is presumed to have significant domestic activities if

Thus, when assessing local nexus under the revised transaction value test, the following should be taken into consideration:

If you have any merger control-related questions, please feel free to contact our eu & competition team. 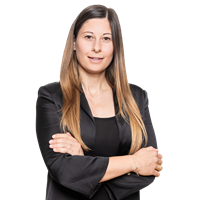