In 2021, representatives of 136 OECD (Organisation for Economic Co-operation and Development) countries agreed on a major reform concerning the current rules of international corporate taxation.

The reform will be enacted through a multilateral binding agreement (Multilateral Convention, "MLC"), which consequently needs to be ratified by all participating countries at the national level and is envisaged to enter into force in late 2023. The MLC will encompass two pillars, the aim being to ensure that companies pay their fair share to help finance public goods wherever they operate and to enhance fair taxation among countries worldwide through the implementation of a global minimum corporate tax rate.

"The MLC will encompass two pillars, the aim being to ensure that companies pay their fair share to help finance public goods wherever they operate and to enhance fair taxation among countries worldwide through the implementation of a global minimum corporate tax rate."

The first pillar enables greater fairness in the allocation of taxing rights and tax revenues among countries and thus defines who gets which piece of the tax pie. The second pillar defines a floor on tax competition through the introduction of a global minimum corporate tax of 15 %.

The recent past shows that many successful multinational companies operate their business in countries without having a physical presence there. Although enormous profits are generated and local infrastructure is used in the respective country, corporate tax is solely incurred by the country where the company's headquarters is located ("home country"). Consequently, pillar one reallocates taxing rights from those home countries to the countries where companies engage in business activities and generate revenue of EUR 1m or more. The focus is particularly on highly automated, digital services provided by large multinational corporations with revenue of at least EUR 20bln and profit of at least 10 % ("digital economy"). To establish a worldwide uniform taxation approach of the digital economy under the MLC, the pillar will also require participating countries to remove existing digital services taxes (e.g. Austrian Digital Tax Act). This pillar also comprises rules on dispute prevention and resolution in order to address any risk of double taxation.

The measures under pillar two aim to introduce a global minimum corporate taxation irrespective of the countries in which companies are resident or carry out their business activities. The interaction of two interlocking domestic rules, which are commonly defined as global anti-base erosion rules and one treaty-based rule (the subject to tax rule), will entail a consistent implementation of worldwide minimum taxation:

The purpose of these rules is to raise the (minimum) taxation of low-taxed subsidiaries or permanent establishments within multinational corporations with the following measures:

The subject to tax rule ("STTR")

If payments (e.g. from interest, royalty or guarantee fees) are taxed below a certain minimum tax rate in the country of residence of the payee, source countries (where such tax-deductible payments are effected) are entitled to adjust their withholding tax rate to a minimum of 9 % in the respective case.

While the concrete national implementation of pillar one is currently under discussion (e.g. potential abolition of the Austrian Digital Tax Act), Austria has already implemented various key objectives of pillar two (GloBE rules) into its national tax law based on the specifications of the EU Anti-Tax Avoidance Directive. Further legislative changes regarding pillar two may focus on adjustments based on the STTR at the international tax treaty level, for example, through the modification system of the MLC. 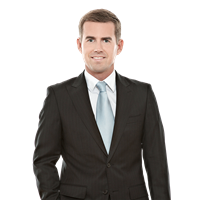