However, until now there has been no European legal framework for pre-insolvency restructurings and only a few national laws explicitly provide for the possibility of such preventive restructurings. This will change now.

If new and/or interim financing is granted in the restructuring plan and confirmed by court, there shall in principle no longer be any risk of civil, administrative and criminal liability for the creditor, e.g. such financing can no longer be declared void, voidable or unenforceable in subsequent insolvency proceedings. Such legal certainty when providing fresh money might become one of the most important features in practice.

National judicial or administrative authorities need to be involved at least in certain cases, e.g. for the confirmation of a restructuring plan. It could turn out that this is the Achilles' heel of the Restructuring Directive's preventive restructuring concept: The involvement of courts or administrative authorities could not only substantially delay the restructuring, but there would also be a risk that details of the restructuring and the debtor's financially strained situation could be disclosed to the public. In contrast to insolvency proceedings, successful out-of-court restructurings typically remain confidential to avoid negative consequences for the debtor's business (e.g. loss of consumer trust). Hence the new tools under the Restructuring Directive will only be accepted in practice if confidentiality is ensured to the utmost extent in the national transposition laws.

If necessary to support the restructuring, individual enforcement actions against the debtor might be suspended for up to 12 months. This can either cover all types of claims, including secured and preferential claims, or be limited to certain creditors or claims only.

For the duration of such stay, a debtor's obligation to file for insolvency and the opening of insolvency proceedings at the request of creditors, shall be suspended, which shall free the debtor from the imminent risk of personal liability in such scenarios. Though, Member States may decide that this does not apply if a debtor is unable to pay its debts as they fall due.

In addition, during the stay creditors may not withhold performance or terminate certain contracts (e.g. if vital for the debtor's day-to-day business) solely by reason of restructuring proceedings, a stay of individual enforcement actions, or non-payment by the debtor.

Certain restructuring plans may only become binding once they are confirmed by a judicial or administrative authority, e.g. restructuring plans providing for new financing, affecting the interests of dissenting creditors, or if more than 25 % of the workforce is lost.

The new Restructuring Directive has to be implemented by the Member States until approximately June/July 2021. The Directive provides more than 70 options Member States can choose from. If implemented wisely, e.g. by limiting the involvement of courts or administrative authorities and avoiding publicity, such new restructuring frameworks could be a real game changer for restructurings in the European Union. Member States who are willing to abandon old patterns of court driven insolvency laws may establish themselves as new centres of pre-insolvency restructurings.

The full text of the final draft of the Restructuring Directive can be found here. 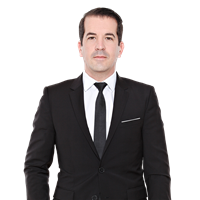