Montenegro adopted the regulation to harmonise its legislation with the EU acquis in line with its obligations under the Stabilisation and Association Agreement with the European Union. The new act also complies with the recommendations of the International Labour Organisation ratified by Montenegro.

Below is a summary of the most important novelties under the Labour Act:

The Labour Act now prescribes that monetary claims from employment shall become statute barred four years from the day the obligation was created.

For monetary claims from employment which arose as of 23 August 2008 until the entry into force of the Labour Act, the limitation period is four years from the date of effectiveness of the Labour Act. There is no statute of limitations for claims regarding contributions for pension and disability insurance.

Employers with more than 10 (ten) employees must enact an internal organisation and systematisation of workplaces ("Systematisation") within six months from the entry into force of the Labour Act. A fine of EUR 2,000 – 20,000 will be imposed in case of failure to do so. The 2008 Labour Act mentioned this document but failed to prescribe the obligation to enact it. Now, even some employers with Systematisations in place will have to harmonise them with the Labour Act. Namely, the newly enacted provisions of the Labour Act now prescribe that professional qualification requirements, as a special condition for the establishment of employment, may be set within the range of a maximum two levels of education in the Systematisation. Currently applicable Systematisations often set much broader ranges of education levels to encompass a greater pool of potential employees.

A General Collective Bargaining Agreement, harmonised with the Labour Act, will be concluded within one year. Until then, the current General Collective Bargaining Agreement is to be applied, except for provisions dealing with labour relations, salary, compensations and other remunerations, termination of employment agreements and disciplinary procedures, and conditions of work of labour unions. Branch and employer bargaining agreements are still effective, except for provisions regulating the disciplinary procedure, which will not be applicable as of the day of enforcement of the Labour Act. Those agreements are also to be harmonised within one year, otherwise they will be considered out of force once this deadline for harmonisation expires. Additionally, employer bargaining agreements must be registered with the Ministry of Labour. It is important to note that employment agreements must contain a reference to bargaining agreements being applied with the employer.

The reasons for offering annexes to employment agreements prescribed in the General Collective Bargaining Agreement are now also incorporated in the Labour Act. In addition, the Labour Act now prescribes that an offer for an annex may be made in other cases when there is an agreement between the employer and the employee. This is a major improvement, as in the past it was not clear whether an annex might be offered for reasons other than those prescribed in the law, collective bargaining agreements and employment agreement.

Employees who believe that their rights from employment were violated must submit an initiative for amicable settlement of the dispute before the Agency for Amicable Settlement of Labour Disputes or the Centre for Alternative Dispute Settlement before they can initiate proceedings before the competent court. The employer must accept the amicable dispute settlement procedure. This obligation is not prescribed for employees whose employment was terminated.

The provisions in the General Collective Bargaining Agreement regulating the disciplinary procedure against employees are now transposed to the Labour Act in a more simplified form for both employees and employers. The Labour Act regulates which disciplinary measures can be applied in the event of minor and serious breaches of work duties. For minor breaches, a warning or monetary fine of 20 % of the employee's monthly salary for one to three months may be imposed against the employee. For serious disciplinary breaches, the following measures can be imposed against the employee: (i) monetary fine of 20 % to 30 % of the salary for the period of up to four months; (ii) conditional termination of employment; and (iii) termination of employment. Conditional termination implies the possibility of termination if the employee commits another serious breach of work duty within six months.

The Labour Act outlines the specific cases in which the employer can terminate the employee without the need to conduct the disciplinary procedure.

The collective layoff procedure is applied in case of the planned layoff of at least 20 employees within 90 days. Contrary to the 2008 Labour Act, which prescribed only the obligation to notify the employees and their representatives and other authorities, the Labour Act prescribes the duty to initiate consultations with the labour union or the employees (or their representatives) and to notify the Employment Bureau about the consultations. In addition, the employer cannot employ another person in the position deemed redundant for a period of six months.

Special rules have been finally prescribed for the delivery of warnings, notifications, invitations for oral hearings, and decisions. The Labour Act envisages personal delivery in the premises of the employer or at the address of residence or permanent residence of the employee. It is important to note that the Labour Act also prescribes the obligation of the employee to notify the employer about a change of address within three days. If the aforementioned documents could not be delivered in this manner, the employer will prepare a written note, and the documents will be published on the employer's noticeboard, after which they are considered to be delivered upon the expiry of eight days.

The right to annual vacation cannot be substituted with monetary compensation, except in case of termination of employment.

If the employer does not pay the salary or compensation in full by the due date, it is obliged to hand over a salary statement, which is now an enforceable document, by the end of the month.

The Labour Act also prescribes new rules with regard to the employer's bankruptcy, agencies for assignment of employees, etc.

The new legislation is applicable to rights and obligations of employees arising from or based on employment provision dealing. However, provisions dealing with agreements for temporary and occasional work will be applied six months from the date of entry into force of the Labour Act and certain provisions will apply only following Montenegro's accession to the European Union.

Secondary legislation will be enacted within six months. Until then, current regulations will apply as long as they are not in contradiction with the Labour Act.

It is important to note that procedures for exercising and protecting the rights of employees initiated before the entry into force of the Labour Act will be completed under the regulations which were in force prior to its effectiveness. However, procedures regarding the right of payment under certain claims in case of bankruptcy proceedings will be completed under the new Labour Act.

This article was authored by Marija Vlajković and Petar Vučinić. 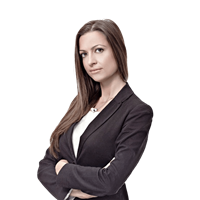