New laws will be needed before real estate, shares and other rights can be tokenised

Transfers of intellectual property rights are recorded, for example, in the register of trademarks or patents. Depending on the legal structure of these registers, the transfer of ownership rights may already be effective through an agreement between the parties or only through the entry of the transfer in the respective register. But will technical progress one day make registration in a public register obsolete?

Common to all registers is the intention that led to their creation. Transparent publication of ownership rights to real estate, shares in companies or intellectual property was and is necessary to minimise ambiguities about ownership and to make these rights manageable for commercial transactions.

In Austria, these registers were built up from the 18th century onwards. From 1980, work began on converting the land register from handwritten records to an electronic form. The Austrian commercial register was only converted to electronic form in 1991. These registers are subject to rather formalistic regulations. Parts of these regulations have grown historically and sometimes impede the speedy processing of transactions desired by the business community. These formalistic regulations have an influence on how a transaction must be structured and how the processing works and how long it takes. Is it time to find a new way?

Rapid advances in digitisation have created helpful tools for the processing of transactions. First and foremost is blockchain technology or tokenisation. Wouldn't it be advantageous to be able to transfer rights (especially ownership rights) immediately and securely within seconds? Should such a transfer be possible in the 21st century without the intervention of public registers? What (civil law) preconditions must the legislator create to enable the transfer of rights in a so-called token?

First it must be clarified what a token is and how it is to be qualified from a legal point of view. The simplest way to think of a token is as a container. This container can either be empty or loaded with a right. The container can be traded as a whole or in parts. It doesn't matter for tradability whether the container is loaded or not. Probably the best-known empty container is a bitcoin. For the transfer of ownership rights, however, the loaded containers are significant. The transfers of the token from one user to another that have taken place in the past are represented in a so-called blockchain. In a first important step under civil law, it is necessary to consider the container (token) as a legal object. In a further step, the disposition of the token must also be considered as a disposition of the content of the token, the loaded right.

Under these conditions, the token can be transferred to a new owner, managed in a portfolio or held securely by a custodian without changing the right or the associated asset value within the container. From the perspective of tort law, the token itself must also be considered an asset in order to entitle the rightful owner to known compensation claims in the event of technical destruction or removal of the token.

Currently, every entry in one of the public registers is based on an input written by a human being and transferred to the public register by other human beings. It is inherent in the actions of human beings that errors occur. As a result, even with the greatest density of regulation, it can happen that entries in public registers are erroneous. The legislator counteracts this with a so-called Fehlerkalkül (non-conformance calculation). Such a non-conformance calculation is also necessary for the tokenisation of rights. For example, civil law regulations on the cancellation or dissolution of a token are also necessary, for example, if data are lost and a token can no longer be transferred for whatever reason.

If the legislator expressly permits and even promotes the tokenisation of rights by creating the legal prerequisites for this, it is to be expected that the importance of the registers kept by the sovereign will diminish. Ownership relationships will then no longer be bindingly and exclusively represented in these registers (insofar as this has been the case at all up to now). For a comprehensive overview of the ownership structure, the interested party must look at the public register and the blockchain to be able to determine via which medium the ownership rights were last transferred. This additional effort can be avoided, for example, by ensuring that for all rights that have already been packaged into a token, this characteristic is also visible in the public register.

Further legal adjustments are necessary, for example, in execution or insolvency law. For instance, a mechanism like the land register barrier must be introduced in insolvency law to prevent dispositions after the occurrence of insolvency. In addition to civil law regulations, supervisory regulations are also necessary for those involved in the transfer of tokens. In particular, the service providers necessary for the technical processing of the transaction must carry out their activities under state supervision or at least within a framework that can be verified by state authorities with the utmost care in order to avoid fraud and other inconsistencies.

The tokenisation of (ownership) rights can lead to a minimisation of transaction costs through the acceleration of transfers. This effect is desirable from an economic perspective. Under no circumstances, however, should this be accompanied by a deficit in legal security.

At the time of the conversion of the existing registers from the manually kept books to the electronically kept registers, lawyers were faced with similar questions as today: Does electronic processing offer the same legal security as manual processing? Is it possible for an unauthorised third party to access the register and manipulate entries?

To make tokenisation accessible to the general public as an instrument for transferring (ownership) rights, the existing legal framework must be adapted in various places. The implementation of these (civil law) rules is a mammoth task, because the legal system, which has evolved over centuries, is currently unable to fully classify the token. With this contribution, we hope to be able to show the first steps along the way and a distant aim before we move on to implementation in the future. 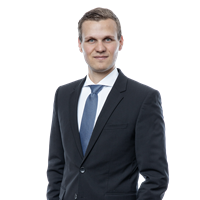