On 12 July 2017, a new act on counteracting the unfair use of contractual advantage in trade in agricultural and food products (the "Act") will enter into force in Poland. The Act aims to protect food suppliers and distributors, i.e. small farmers and groceries, against abuse of power by large supermarkets and food chains. The government argues that the practices of these large distributors harm suppliers and may encourage them to use cheap quality products, thus putting the safety of the food industry and consumers at risk.

The Act prohibits the use of unfair contractual advantage, i.e. a significant disproportion in the economic potential of the parties where the weaker party does not have sufficient opportunity to sell or purchase agricultural products and groceries. The use of contractual advantage is unfair if it is contrary to good habits and threatens or violates the material interests of the other party.

Here are some examples of unfair use of contractual advantage:

The Act is only applicable to agreements between parties where the total, mutual turnover between the parties in the year in which the proceedings were initiated or during any of the two preceding years exceeded PLN 50,000 (approx. EUR 13,000) and where the turnover of the supplier or purchaser that applied the questionable practices exceeded PLN 100,000,000 (approx. EUR 25,000,000) in the year preceding the year in which the proceedings were initiated. As these thresholds are relatively low, the new Act will apply to most businesses in the agricultural and food sector.

The President of the Office for Competition and Consumer Protection (the "POCCP") is responsible for handling cases of unfair use of contractual advantage. The procedure is generally based on the Act of 16 February 2007 on Competition and Consumer Protection and on administrative law. The proceedings are initiated by the POCCP ex officio, not at the request of any party.

Nevertheless, entrepreneurs with a reasonable suspicion that they are being subjected to unfair practices may submit a written complaint to the POCCP.

If at the end of the proceedings the POCCP ascertains that abuse of contractual advantage occurred, it will order the practices to be ceased. In addition, the POCCP may impose a fine of up to 3 % of the annual turnover in the financial year prior to the year when the fine was imposed, if a party, even unintentionally, used contractual advantage unfairly.

If the entity voluntarily undertakes to refrain from unlawful practices or to remedy the consequences, the POCCP may issue a decision obliging the entity to comply with its undertakings. In such a case no fine will be imposed.

Paradoxically, the effect of the Act may not prove beneficial for small farmers and groceries. This is because the imprecise terms used in the Act give the POCCP broad room to interpret the actions taken by food suppliers and retail chains. Such legal uncertainty, as well as the threat of harsh penalties by the POCCP, may cause large distributors to seek new suppliers in other countries to avoid the risk of breaching the Act. 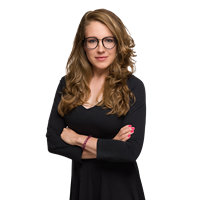