Trademark owners and applicants must comply with a series of new obligations and deadlines, following the substantial amendment to Romanian trademark legislation.

We recommend trademark owners and applicants to run an assessment of their trademark portfolios in view of the new regulations, with the aim of identifying the measures they need to take so as to ensure compliance. All the more so considering that Law 112 introduces several relatively short deadlines for fulfilling certain procedures. This article analyses the main amendments that need to be considered upon registering new trademarks and for the purpose of protecting trademark owners' rights regarding their existing trademarks.

The condition of graphic representation no longer applies

While the previous legislation allowed only those signs capable of graphic representation to gain trademark protection, according to the new legislation, a trademark may consist of any sign, including sounds. For this, such sign needs to meet the following two cumulative requirements:

New provisions regarding the absolute grounds of trademark refusal

Also, unlike the former regulations, the provisions of Law 112 expressly recognise the protection of prior rights conferred by:

if such are protected under EU or national law or under international agreements to which the European Union or Romania are parties.

Under the old law, concerned third parties could file oppositions within two months as of the date when the trademark application was published. The same two month term is maintained in the new legislation, but it starts running as of the date when the admittance of the trademark application is published, after the absolute grounds of trademark refusal are checked by the Romanian State Office for Inventions and Trademarks ("OSIM").

Moreover, opponents who miss the opposition deadline can no longer contest the registration of the trademark directly under appeal proceedings, as they were allowed to do under the old regulations.

Several procedural deadlines have been significantly reduced from three months in the old legislation to only 30 days in the new one. Thus, according to Law 112:

Also, a series of new procedural deadlines have been introduced, such as those regarding the trademark opposition, namely:

By Law 112, protection of the trademarks that designate goods and/or services under general wording of class headings of the Nice Classification may be extended to also cover other goods and services included in the alphabetic list of the corresponding classes.

In order to benefit from this extended protection, the owners of registered trademarks designating goods and/or services under general wording of class headings of the Nice Classification may declare, via a notification, that their intent at the date of filing was to also seek protection for goods and services beyond those covered by the literal meaning of that class heading. For this, the condition must be met that such goods and services are included in the alphabetic list of the class heading corresponding to the edition of the Nice Classification in force at the date of filing.

Such notification needs to be filed by 30 September 2020. Unless this deadline is met, the trademark shall be considered to only designate those goods and services covered by the literal meaning of the class heading.

Given the importance of this deadline, we recommend that registered trademark owners should identify those trademarks that designate goods and services under general wording of class headings of the Nice Classification. Once these trademarks are identified, their owners need to decide if they want to extend the trademarks' protection as detailed above.

Law 112 introduces the obligation for the trademark applicant to pay the fee for the issuance of the trademark registration certificate within 30 days as of the date of completion of the registration proceedings. This deadline is a novelty compared to the previous regulations, which did not stipulate a term for the payment of said fee.

Further, the new legislation introduces a severe penalty for failure to comply with this deadline. Thus, in case the fee is not paid in this term, it shall be considered that the applicant renounces the registration of the trademark.

It needs to be highlighted that according to the transitional provisions of Law 112, the payment obligation of this fee also applies to those trademarks filed and registered under the old legislation. In such case, the question is raised at the moment from which this 30-day term should be calculated.

In order to be on the safe side, we recommend owners of trademarks filed and registered under the old legislation to pay the fee for the issuance of the registration certificate by 13 August 2020.

The new trademark law is expected to increase the protection level of the existing or future industrial property rights. To reach its goal of ensuring swifter and more efficient trademark registration procedures, the new legislation introduces a series of tighter deadlines for compliance with specific obligations which have an immediate impact on trademark owners.

Given the need for a quick reaction to ensure compliance with the deadlines introduced or amended by the new legislation, it is important that trademark owners run an assessment of their (existing or under registration) trademark portfolios, for the purpose of identifying the next steps to take to ensure that their rights over said trademarks are protected. 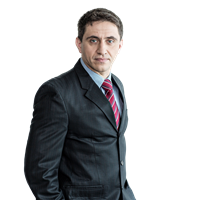