In a recent decision,1 the Austrian Supreme Administrative Court (SAC) addressed party status and the requirements for an eligible complaint by recognised environmental organisations (EOs)2 in permit procedures under water law.

The present case concerns the redesign of the bank of the River Mur near the Augarten (a public park) in Graz, Styria (the Augarten lowering). In January 2019, the water law permit was granted for the project. EOs were not included in this proceeding. Due to the denial of the suspensive effect, the project was immediately implemented and completed in 2020.

Several EOs appealed against the permit to the Styrian Administrative Court, arguing that they were entitled to participate in approval procedures for projects that could have an impact on the state of the water body according to paragraph 104a of the Water Rights Act (WRA) and to file a complaint.3 In addition, the EOs claimed that the Augarten lowering connects with the Mur power plant. Therefore, an environmental impact assessment (EIA) was required.

The court rejected all complaints for lack of party status. The court stated that while EOs did have the right to participate in and contest water law proceedings (as far as EU environmental law is concerned) the right to assert a violation of paragraph 104a of the WRA is not available to EOs if the (possible) negative effects of a project on the water status can be "excluded from the outset". As this was the case here, they could not file a complaint. Furthermore, the court assumed that there was no factual connection between the Augarten lowering and the Mur power plant. Therefore, an appeal by EOs on the EIA issue was not admissible.

Two EOs appealed against the decision of the court to the SAC, which overturned the court's decision.

The SAC has in fact already dealt with the Augarten lowering in the past from the point of view of nature conservation law.4 According to administrative law, all necessary permits must be obtained for a project under the respective substantive laws (ie, cumulation principle).

Therefore, the SAC now also had to deal with an appeal against the decision of the water law authority regarding the same project. In this decision the following pronouncements are examined in more detail.

Rights of EOs under WRA

Following the judgment of the ECJ in the Protectcase,5 EOs were granted participation and challenge rights in connection with procedures carried out in the implementation of the Water Framework Directive (WFD).6 In the present case, the prohibition of deterioration of the WFD is particularly relevant and was implemented in paragraphs 30a et seq and 104a WRA. Paragraph 104a WRA allows an exception to the prohibition of deterioration under certain (strict) circumstances.

Derived from EU case law, the WRA was amended and EOs therefore have:

In the present decision, the SAC dealt, for the first time, with the requirements for an eligible complaint by EOs:

As a result, because the provision is derived from the WFD, EOs have party status and the right to file complaints in all water law proceedings in which the status of water bodies may be affected. This was also the intention of the legislator. In the explanatory notes to the amendment, the legislator stated that even in cases where significant negative impacts on water status can be excluded, an EO has the right to appeal against decisions regarding projects with impacts on water status, which may violate the obligation under paragraph 104a of the WRA.9

In this respect, the SAC clarified the provision on the party status of EOs under the WRA and the requirements imposed on EOs. Incidentally, the SAC denied the EOs' right to appeal. The EOs did not meet those requirements because they did not state why the Augarten lowering would violate the provision.

Right of appeal of EOs regarding EIA obligation

In its earlier rulings, the SAC had already stated that the "public concerned" must be granted party status in the respective approval procedure (other than an EIA determination procedure) to be able to raise a possible EIA obligation for a project.12 This right is derived from article 9 (3) of the Aarhus Convention in conjunction with article 47 of the Charter of Fundamental Rights of the European Union (CFR).

In the present decision, the SAC stated that this must also apply in cases under water law. EOs, as the "public concerned" within the meaning of the EIA Directive, must have the opportunity to argue that a project is subject to an EIA. This party status is limited to the assertion of the competence of the respective approval authority.

However, EOs must not simply claim that an EIA is required but must demonstrate that it is required as far as possible. According to the SAC, the argument that there was a connection with the Mur power plant was such a conceivably substantiated presentation of the EIA obligation.

Whether there is actually an obligation to carry out an EIA for the Augarten lowering was not the subject of the SAC's ruling and must now be determined by the Administrative Court.

The Augarten Bay is a project that has already been implemented. Due to the cancellation of the water law permit by the SAC, the bay is in an uncertain legal position. It is feasible that the project will be approved again, but various new conditions could be imposed. However, another possibility is that the project must be deconstructed if a new permit or an EIA permit cannot be issued.

In any case, it will probably be some time before the final decision is made. Should it turn out that there is an EIA obligation, a typically lengthy and costly procedure is to be expected. However, due to the concentration effect, an EIA permit replaces all other permits that would otherwise have to be obtained.

But that is of no use if the project has already been subject to various permitting proceedings. As this decision of the SAC shows, EOs are now party to many permitting proceedings.13 They can raise various objections and drag out the proceedings by filing appeals. The present decision highlights the potential for carryover by showing that the EOs did not even have reasoned arguments why the project would violate the provisions of the WRA.

These developments overshadow the benefits of conducting various permitting procedures on a normally smaller scale compared to EIA procedures.

The fact that EOs are also entitled to request a determination of an EIA obligation in the substantive procedure means that, in many cases, there is almost no way around it. As a result, project applicants should probably be advised to carry out an extensive EIA determination procedure to exclude an EIA obligation and thereby counteract appeals by EOs that delay the procedure.

However, all this only leads to even longer procedural durations. For climate protection projects, which are needed today more than ever, this is not an acceptable circumstance. 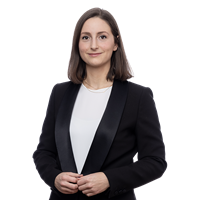