NFT licences that "can't be evil": are they any good?

Licences connected to Non-Fungible Tokens (NFTs) are still far from being the norm. As a result, most NFTs still do not convey sufficient or appropriate IP rights to their underlying content. Moreover, they have to deal with practical difficulties inherent to the nature of NFTs. The need for licences tailored to the NFT market is therefore evident.

To overcome the practical difficulties and tackle these issues, publicly available NFT licence systems have emerged. But are they any good?

In the past few years, we have seen NFTs become a mainstream phenomenon. Even if the hype has calmed down a bit, we can expect that NFTs are here to stay. After all, new NFT projects continue to emerge seemingly every day and the dawn of Web3 and its metaverse pave the way for many more creative possibilities and opportunities for NFTs.

Last year we reported on our NFT-Self Experiment, where we also highlighted the importance of licences to be linked to NFTs ("Tokenized copyrights: Linking an NFT to a copyright licence"). You will recall that ownership of an NFT can be used to give substantial control over the creative work connected to it, but that control is not automatic. Rather, a licence is necessary to connect the NFT with rights of use or exploitation to the creative work attached.

Now, we want to return and have a look at the current state as well as give an outlook on the possible use of NFT licence regimes.

The NFT market still has to deal with significant ambiguities and legal risks. Pursuant to a recently published report by Galaxy Digital on NFT licences1, the vast majority of NFTs convey zero intellectual property ownership of their underlying content. Furthermore, it was found that there is a discrepancy between what the public thinks they are buying and what they are actually buying with an NFT.

These ambiguities are further stressed by the fact that, if licences exist, they are often kept off-chain,2 e.g. in the terms of use on the website of an NFT creator. Such terms of use may, however, be altered without it being comprehensible. While this does in general (unless otherwise agreed) not change the licence acquired by the NFT holder, it may create difficulties of traceability and transparency.

In addition, there still might be a lack of knowledge, understanding and foreseeability about what rights should be included in an NFT. What happens, for example, if an NFT creator has included comprehensive rights (maybe even on-chain and thus more or less irrevocable), but these turn out to be incompatible with the actual use of the work or the mere transfer and sale of an NFT (having in mind, for instance, sublicences granted or derivatives created)?

All of this puts a strain on the industry and the development of NFTs.

The emergence of NFT licences that "can't be evil"

To tackle these issues, NFT licence systems have emerged.

The so-called "Can't Be Evil" (CBE)3 licences were developed by lawyers and operators who have a deep understanding of NFTs and address some of the legal uncertainties and risks that come with them.4 According to a16z, the aim of their CBE licences is to "make NFT ecosystems more trustless, providing holders with a minimum baseline of standard real-world rights, thereby harmonizing real-world ownership with on-chain ownership."5 Following the example of Creative Commons6, they provide a set of simple, standardised licences each type having slightly different permissions and requirements. The CBE licences range from a comprehensive licence granting exclusive commercial rights to the NFT owner (CBE-ECR) to the granting of personal, non-commercial rights (CBE-PR) to a licence which dedicates the copyright to the public domain (CBE-CC0).

NFT creators can include a reference to their preferred CBE licence directly into their smart contracts on-chain. With this the CBE licence is affixed to the respective NFT and one can follow what rights are and are not connected to the NFT or the work attached to it.7

NFT licence systems address legal issues and uncertainties that come with NFTs and their connected work. They may lay a solid foundation for a coherent and professional NFT licence regime. But are such systems a definitive solution? When vastly accepted and used, standardised licencing frameworks have the potential to remove ambiguity around ownership, minimise confusion around underlying rights, strengthen the legal enforceability of rights, and thus, perhaps avoid future legal troubles and save creators some of the burden (and expense) of creating their own licensing regimes.

There are, however, some limitations to standardised licences:

Practice shows that there is no such thing as an ultimate licence that could be used for many different projects (in the on- and offline worlds). Licences mostly ask to be tailored to the individual needs and intentions.

CBE licences for instance are limited to copyright only. Further, the CBE licence system is aligned to US law. Even a16z recognises that "despite the options, these licen[c]es won’t be right for every project, and that the licensing needs of projects will change as rapid innovation tirelessly drives the space in new directions."

Publicly available NFT licence systems, however, definitely provide a helpful base and framework when drafting NFT licences and, as a16z states, will set "a starting point for fostering a trustless NFT licensing ecosystem and encouraging greater standardization as the space grows."

Galaxy Digital examined the current top 25 most valuable NFT projects. The report was published in the end of August 2022.

2 "off-chain" refers to being off the blockchain/not stored on a blockchain. Information provided "off-chain" can in general be changed freely.

NFTs and their metadata are stored on the blockchain (thus "on-chain"). "On-chain" information can in general not be altered (at least not without it being traceable).

3 a16z explains the "Can't be Evil" branding as being a "riff-off" of Google's original "Don't be evil" mantra, but tweaked the name in order to reflect the perceived immutability of blockchains: "[CBE] is a guiding principle in web3 […] arising from a new computational paradigm: blockchains are computers that can make strong commitments and that are not controlled by people. In other words, blockchains enable a new “trustless” version of the internet where users don’t need to trust one another or rely on centralized services and corporations to transact."

6 Of course, there are significant differences between Creative Commons (CC) licences and NFT licences like CBE, starting with their addressees: CC licences are between a creator and the public at large. CC licences provide a blanket licence to the public and anyone can exploit the work correspondingly to the chosen licence. NFT licences, however, are between the creator of an NFT and the respective NFT holder.

7 CBE licences have been deployed on Arweave (a decentralised storage system) ensuring they are stored in a public way that is also permanent and immutable.

The CantBeEvil.sol contract exposes getLicenseURI() and getLicenseName() functions in the NFT's smart contract that, when called, allows anybody to see what creative licence applies to the NFT.

For further information on the deployment and implementation of CBE licences to NFTs see Jennings/Dixon, The Can't Be Evil NFT Licenses, available here or on GitHub here (status: 23.09.2022). 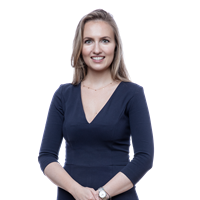