NFTs: What about energy and climate issues?

When we started our NFT self-experiment, it did not take long before questions relating to energy consumption came up. According to our estimates, the two transactions (i) minting of the token and (ii) authorisation of an eventual sales processing, produced a CO2-footprint of over 100 kg of CO2EQ.

If a tailor-made smart contract would have been employed, this number would have been ten times higher. In short, the minting, transfer and even the sheer existence of NFTs require a lot of energy. But what is the reason for all this energy consumption and are there regulatory instruments to curb it?

Reasons for the energy hunger of NFTs

Very simply put, the reason for the energy hunger of NFTs lies in the underlying validation system: Today, most NFTs run on the Ethereum blockchain. The Ethereum blockchain is a way of conducting and recording transactions through a decentralised network of computers. Because of the absence of a centralised authority or ledger, a different mechanism is required to gain trust: consensus. In the case of Ethereum, the consensus is currently achieved by the so-called "Proof-of-work"-method: Pending transactions are processed into blocks on the blockchain via intensive computational work ("mining"). In order to "mine" a new block, computers on the network (so-called "miners") compete in solving a complex maths puzzle through guessing (each guess being a "hash"). To shield the network from attacks and regulate the speed at which new blocks are formed, the difficulty of the maths puzzle depends on the total amount of computational power (the "total hashrate of the network"). For their computational work, the successful miner (the miner who correctly guessed the maths puzzles solution) receives a reward; on the Ethereum blockchain in the form of Ether, the network's currency.

Where is the energy used?

The primary factor for a blockchain's energy consumption is unsurprisingly the energy required to perform the computational work. In the early days of blockchain technology, central processing units (CPUs) of PC systems were enough to power the first blockchain networks. With increasing interest in this technology (and the total hashrates of major blockchains), miners started to use the more powerful graphics processing units (GPUs). While other blockchain networks today are powered by "application-specific integrated circuits" (ASICs) with enormous hashrates, the Ethereum blockchain runs an "ASIC-resistant" proof-of-work algorithm. Thus, Ethereum mining is still done with GPUs, which are, of course, less effective than ASICs.

The second factor for the energy consumption is "non-IT" or "(mining) support" infrastructure, such as cooling and lighting or energy monitoring devices.

The question of how much energy is required for (i) a blockchain network in total or (ii) a single transaction on a certain blockchain cannot be answered with absolute certainty for numerous reasons.

As for the energy demand of a blockchain, uncertainties concern the wide range of energy efficiency in the mining gear used (thus, the total hash rate cannot be translated into energy demand) or the use and creditability of support infrastructure.

The question of greenhouse gas (GHG) emissions (and thus climate effects) of blockchain networks adds another layer of uncertainty. In order to determine GHG emissions of a blockchain or a singular transaction on such a network, one would have to know the exact electricity mix used in the computing (and supporting) work on the network, in addition to the exact energy efficiency of the mining and supporting equipment and the system boundaries. In principle, a weighted average of 475 g CO2EQ/kWh is suggested for the electrical energy used to power e.g. the bitcoin network. This weighted average would lead to an (annual) GHG footprint of over 24 Mt CO2EQ for the entire Ethereum network or over 42 kg CO2EQ per transaction.

According to another calculation, our NFT self-experiment – the minting of the token and the authorisation of an eventual sales processing – required more than 100 kg CO2EQ. However, both of those estimates fall short if we look at the "true" GHG-emissions of our NFT. In environmental law we are used to considering alternatives to environmental impact. Considering alternatives to an environmental impact (such as the minting of an NFT), think of an analogue work of art: A painting or a sculpture, for example requires various resources, some of which may be even more, others less scarce. The same is true for the admiration of a painting in a museum (considering the footprints of the museum itself and its visitors), and even the transaction of an artwork: Distances may need to be covered by the parties to inspect the piece of art or to sign the transaction documents. Would anyone dare to regulate the permissible environmental impact of a piece of art, estimate the carbon footprint of all museums or the energy requirements of all art-related transactions in a certain country or even in the world? In other words: It is impossible to attribute a certain environmental impact to an NFT like ours without considering possible alternatives. Thus, the carbon footprint of our NFT (around 100 kg CO2EQ) may be much lower considering that potential admirers do not have to travel to Austria to marvel at it but may easily access it in the museum online. Admittedly, we do not know what the exact "alternative" to "our" NFT would be and how a possible comparison of environmental impact would end up. But we want to shed light on the fact that a carbon footprint of around 100 kg CO2EQ is not as finite as it may appear to be at first sight.

Regulatory (and other) instruments

While the exact numbers of the energy consumption and attainable GHG emissions of blockchains may remain a mystery, the main blockchain's hunger for energy is undeniable. As environmental/energy lawyers, we thus ask ourselves the following questions: 1. How is it possible that almost every other sector is occupied with multiple regulations on energy efficiency and GHG-emission restrictions while in crypto-related projects, energy in general, and energy from fossil fuels in particular is used on a big scale? 2. Is there anything that can be done on a global level? And what can we do to make our (or another) NFT "greener"?

1. Differences between the crypto sector and others

As we have established, mining requires a lot of energy. This is – at least in the case of the "Proof-of-Work" method – partly intentional because the maths puzzle must be complex and the computational work intense to solve it. Also, in the end it is all about making profit. From a strictly economical perspective, it is thus preferable for miners to use cheap (fossil) energy instead of the expensive (green) one.

Moreover, blockchain technology is a true manifestation of globalisation and decentralisation: Contributors from all over the world generate a network of trust independent from a fixed location via the internet and by consensus. In order to regulate a globally decentralised network, an equally global regulation would be required.

This brings us to the practical problems with international law. International law (and especially international treaties) is driven by its subjects (or potential parties). Since most of those subjects are sovereign countries or international organisations, their interests vary immensely. Additionally, the duration of decision-making processes usually correlates directly to the size of the parties involved and – of course – the importance of the decision. Those factors lead to international law being extremely slow in adapting to new technologies. With respect to blockchain, international law is in its infancy – and the environmental impact of this technology is not the first priority on the list.

At the same time, existing instruments – such as the Paris Agreement – only provide for targets but leave the means to achieve them to its Member States. Since the interests of the Member states still vary immensely, so do their measures. Thus, miners may still choose a Member State with less rigorous measures (or even a Non-Member State) to conduct their business.

The energy efficiency of a global, decentralised network may only be increased, and its carbon footprint only be decreased through equally global regulation. Possible measures may thus include incentives to produce/use energy from renewable sources, incentives to use blockchain networks with low energy requirements, the termination of mining subsidies, global standards for energy efficiency of mining and support equipment, GHG-emission restrictions for electricity generation or certificate trading schemes. If you are a legislator, implementing such measures might aid the attainment of the abovementioned targets. If you are not a legislator, possible means to increase the energy efficiency and to decrease the carbon footprint of blockchain networks include, for instance, exercising your right to vote, (eventual) popular initiatives or (eventual) climate actions in your country.

As previously mentioned, most NFTs are created and traded on the Ethereum blockchain which uses the energy-intensive "Proof-of-work" concept. However, there are alternatives, such as the "Proof-of-stake" protocols, which are much more energy-efficient (like Cardano, Tezos, EOS, Tronix, or Steem). Ethereum too is currently undergoing a transformation process and will soon operate as Ethereum 2.0, a "Proof-of-stake"- blockchain. Moreover, when reflecting on how to make NFTs (even) greener, the advantages of this technology and the alternatives must be considered as well. This leaves us with two main roads to take to a "greener" future of NFTs: The reduction of energy consumption (and thus GHG emissions) and the substitution of processes that are currently less "green" than NFTs.

The minting, trade, even the sheer existence of NFTs currently consumes a lot of energy, most of which stems from fossil fuels. Since NFTs run on decentralised networks, regulation may only be effective on an equally global level. However, international law is quite slow to adapt to disruptive technologies. We therefore expect that current technological advancements and individual choices (e.g. of the blockchain used) will outpace regulatory initiatives in the pursuit of energy and greenhouse gas emission reductions. 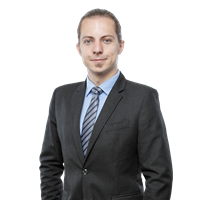