Persistent uncertainty regarding the amendment to the Czech Building Act

The proclaimed goal of the new legislation is to speed up the lengthy approval process hindering building projects. Nevertheless, some provisions of the amendment were challenged before the Constitutional Court.

A new amendment no. 225/2017 Coll., (the "Amendment") to Act No. 183/2006 Coll., on Town and Country Planning and the Building Code (the "Building Act") became effective as of 1 January 2018 and significantly modifies the current state of the approval process in order to accelerate construction in the Czech Republic.

Prior to the effectiveness of the Amendment, environmental organisations were allowed to participate in ordinary zoning and building proceedings under the Building Act and to challenge the decisions adopted therein. Under the Amendment, however, they are no longer allowed to enter into the vast majority of proceedings stipulated in the Building Act. Thus, environmental organisations will not be able to extend the duration of the administrative proceedings by submitting objections and appeals. The only proceedings they are still allowed to participate in and affect the outcome of are the EIA proceedings under Act No. 100/2001 Coll., on Environmental Impact Assessment. Since the Amendment significantly reduces the procedural rights of these organisations, a group of senators lodged a constitutional complaint for the violation of the right to judicial and other legal protection and the right to a favourable environment.

In order to accelerate the approval process, several types of joint proceedings have been introduced:

Based on them, the investor obtains a single administrative decision instead of separate ones. However, it remains possible to opt for separate administrative proceedings, provided that it is more suitable for the building project. While opting for any of the joint proceedings, investors should be aware of the necessity to submit the more detailed documentation at one time compared to the separate proceedings. The significant benefit of joint proceedings is one set of time limits only; the first and the second mentioned proceedings shall last up to 60 days (90 days in complex cases), and the third option shall last up to 90 days (120 days in complex cases). In addition, other parties to the joint proceedings are able to raise objections and appeal against the administrative decision only once, whereas in separate proceedings, the investor frequently faces repeated objections and appeals.

Extension of time limits for the adoption of territorial plan

The Amendment alters the Czech Building Act in favour of investors; however, some of these provisions are highly controversial and thus subject to ongoing constitutional review. 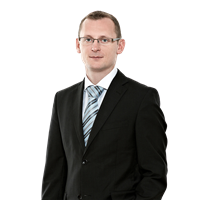