On 27 April 2017, an amendment to the Polish Criminal Code and the Criminal Procedure Code implementing Directive 2014/42/EU of the European Parliament and of the Council of 3 April 2014 on the freezing and confiscation of instrumentalities and proceeds of crime in the European Union came into force (the "Amendment").

The Amendment introduced the institution of confiscation of an enterprise into Polish law and updated other provisions on extended confiscation (especially confiscation of benefits). The new rules also apply to offences committed before April 2017.

Aiming mainly at serious offences such as fraud, tax evasion or money laundering, the goal of the Polish legislator was to increase the efficiency of asset confiscation and deprive offenders of resources (meaning an enterprise) for further criminal activity.

The legal presumption concerning benefits has been expanded as well. Currently, such benefits mean all assets that the offender has taken possession of or acquired title to in the period starting as far as five years prior to committing the offence until the day of a court's ruling. The offender (or another concerned party) has to prove otherwise in order to rebut the presumption and avoid having all their assets – even those not related to the given offence – taken away.

Confiscation also covers assets transferred to a third party, unless based on the circumstances connected with the transfer it cannot be presumed that such assets resulted from an offence.

One of the first cases where the Amendment was applied in practice concerned VAT and excise tax fraud (exceeding PLN 40,000,000, approx EUR 9,500,000). The prosecutor's office secured luxury cars, trucks, jewellery, gold and shares in a company controlled by the offenders.

Confiscation of an enterprise

Under Polish civil law, an enterprise is defined as an organised complex of material and non-material components designed to carry on an economic activity. Confiscation of an enterprise may be imposed for any kind of offences, provided that the following conditions are met: (i) the offender has been convicted for an offence; (ii) the offender received a benefit of a significant value resulting (directly or indirectly) from the offence; and (iii) the enterprise was used to commit the offence or hide the benefit resulting from it. Confiscation may be applied not only to an enterprise owned by the offender, but also to an enterprise owned by another natural person, only if the natural person wanted (or at least allowed) their enterprise to be used to commit an offence.

Such confiscation cannot be applied when it would be disproportionate to: (i) the seriousness of the offence; (ii) the defendant's degree of fault; (iii) the motivation and the manner of behaviour of the enterprise's owner; or (iv) if the damage caused or the hidden benefit is not significant in relation to the size of the activity carried out by that enterprise. In case of a third party's enterprise, the court may refrain from this criminal measure if it would be disproportionately onerous to that third party. Also, according to the legislator, such confiscation shall not be imposed when illegal acts constitute only marginal activity of the entity.

In order to secure a potential future confiscation, a prosecutor may impose mandatory management of the enterprise in question by appointing a manager. This decision must be approved by the court. In a case concerning drug-related offences in July 2017, the public prosecutor's office secured an enterprise which was not owned by the offender, but was used to commit an offence, and established a compulsory mortgage on the real property where drugs were produced.

Confiscation with no conviction

According to the information provided by the National Public Prosecutor's Office, as of 12 October 2017 extended confiscation has already been used in over 100 cases and the total value of such confiscations amounts to PLN 100,000,000 (approx EUR 23,500,000).

The above shows that the Polish authorities are actively fighting against illegally acquired wealth, and the threat of having it taken away is real. Nevertheless, only time will tell if this fight will be successful. 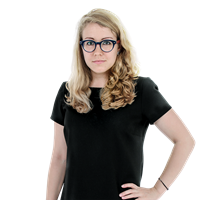