Preventive restructuring implemented in the Czech Republic: a revolution in Czech insolvency law

The Bill is in the legislative process and should become effective from July 2022. Although it may still undergo some changes, it is already obvious that it will revolutionise Czech insolvency law.

Objective of the Czech bill on preventive restructuring

Today a distressed company in the Czech Republic may try to achieve an out-of-court arrangement with its creditors, this being a contract-based solution requiring the consent of all affected creditors with the terms of the restructuring. If a timely agreement with all affected parties cannot be achieved, the distressed company risks the deterioration of its financial situation or even insolvency.

The aim of the Bill is to enable debtors to restructure effectively at an early stage and to avoid insolvency, preventing the unnecessary liquidation of viable enterprises and restoring them to health. Compared to the current state, it will be possible to accomplish preventive restructuring with the involvement of key creditors only.

Access to preventive restructuring is limited to legal entities that meet the following fundamental conditions:

Since the Bill will introduce a wide range of new measures, only some of the most distinctive aspects illustrating the preventive restructuring framework are mentioned:

Restructuring with key creditors only

Compared to insolvency proceedings, preventive restructuring does not have to involve all the existing creditors of the business entity. The circle of creditors (affected parties) is chosen by the entity itself and will likely include the key creditors only – usually the banks and the top business partners. The claims of the unaffected parties will be set aside as unaffected and will be satisfied within the due dates.

Protection for new and interim financing

The Bill provides for special protection of new and interim financing, which should create a framework for the willingness of creditors, primarily the banks, to provide new financing to business entities in difficulties.

Although preventive restructuring is based on the broadest possible consensus between the business entity and its creditors when it comes to intended restructuring measures indicated in the restructuring plan, it is possible, subject to certain conditions, to "impose" the agreement on dissenting creditor(s).

During preventive restructuring the court will be involved only partially and subject to specific conditions in case of some sort of "partial proceedings", compared to insolvency proceedings where the entity is constantly a party to the court proceedings.

In the aftermath of the COVID-19 pandemic, which has caused some businesses to fall into hard times, the preventive restructuring process to be introduced by the Bill is more needed than ever in the Czech Republic. 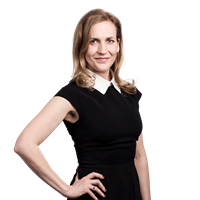