Probationary period and discrimination in light of Czech case law

Termination for any reason: is it applicable in any circumstances?

In general, both the employer and the employee may terminate the employment relationship during the probationary period for any reason or for no reason at all. However, in the light of recent Supreme Court case law, this rule has ceased to apply. Although this is a simplified way of terminating an employment relationship, such an act must also be measured from the point of view of non-discrimination and equal treatment, as can be seen from the following case law.

The first time the Supreme Court stated that the termination of employment during the probationary period should be measured in terms of the non-discrimination rules was in a decision issued in 2009 (Case No. 21 Cdo 2195/2008).

In the case law in question, the Supreme Court expressed the opinion that although an employer may terminate the employment relationship during the probationary period even with a pregnant employee, it may not do so for reasons related to her pregnancy, because in such a case it would constitute impermissible discrimination. Consequently, the termination of the employment would be null and void and the employee could seek protection against discrimination by the legal means provided for in Section 10 of the Anti-Discrimination Act. This includes the right to demand that the discrimination be abandoned and that the consequences of the discriminatory intervention be eliminated, as well as the right to adequate compensation.

This applies not only if the employer explicitly cites the employee's pregnancy as a reason for terminating the employment during the probationary period, but also if the employer does not state the reason in writing or states another reason contrary to the facts.

Even when terminating employment during the probationary period without giving a reason, employers must be very careful not to violate the prohibition of discrimination, and the decision to terminate employment must not be linked to any of the discriminatory grounds, namely sex (which includes pregnancy as well as maternity, paternity or gender identification), sexual orientation, racial or ethnic origin, nationality, citizenship, social origin, lineage, language, health, age, religion or belief, property, marital or family status and relationship or obligations to the family, political or other opinion, membership and activity in political parties or political movements, trade unions or employers' organisations. 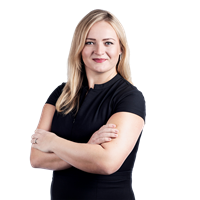