Process funding has reached Europe and is on its way to becoming an integral part of national legal practice. Even more restrictive jurisdictions are seeing the advantages that process funding can offer, marking the start of a flourishing European legal market.

Rumour has it that pursuing legal action can be expensive. This is especially so given the basic costs principle in litigation: that the losing party must not only bear its own legal costs, but also pay the winning party's. Often this deters parties from pursuing their claims, even when the chances of success are high. To support disputing parties in asserting their legal rights, common practice has developed the instrument of process funding.

How does it work?
The process funder alleviates the claimant's cost risk by reimbursing the procedural costs in the event of a loss. In the event of a win, the process funder receives a share of the amount awarded to the claimant. This share can be freely negotiated, but is usually set at 20 to 50 %.
Financing passive processes is another option. In such cases, the contingency fee is calculated based on the dismissed claim.

What claims will receive process funding?
Process funding is notably focused on monetary claims, but any claim is eligible for process funding, provided its prospects of success can be assessed. This even includes declaratory actions or enforcement proceedings.
Economically speaking, however, claims rather than defences are commonly considered for process funding; provided, of course, that the expected return outweighs the risk. A case will often require a certain minimum amount in dispute in order to attract process funders. This can be achieved either through a single claim or by bundling and pursuing several claims jointly.
Recent tendencies on the establishment and growth of class actions at the European level are presenting new opportunities for process funding. A process funder is more likely to find da financial interest in a mass tort claim than in an individual claim of the same kind.

Regulation of process funding
Several civil law jurisdictions have reservations on pro rata contingency fees. A particular concern is the prohibition of quota litis agreements. In Austria, this is set out in Article 879 (para 2, sub-para 2) of the Austrian General Civil Code ("Allgemeines Bürgerliches Gesetzbuch" – ABGB). Accordingly, contracts where a "legal friend" takes on a dispute entrusted to him, in whole or in part, or in which a part of the amount awarded to a party is promised to the legal friend, are deemed immoral and therefore void. The rationale behind this is to protect the client who is unable to assess the prospects of success and the scope of activities required to enforce the claim.

There is disagreement among legal experts as to whether the prohibition of quota litis also applies to process funding. The Austrian Supreme Court initially applied the provision only to lawyers (1 Ob 194/51) and then extended it to notaries, tax advisors, accountants and auditors. Finally, all persons who unduly conduct activities reserved for those categories of professions should also be covered by this provision (4 Ob 81/99m). This means that by definition a process funder is not considered a legal friend as long as it does not represent the client in the litigation or provide legal advice. For those services, an independent attorney is required to properly secure the client's interests and to ensure adequate cooperation with the process funder.
If such conditions are met, Austrian courts and even Austrian consumer protection associations will endorse the concept of process funding, especially considering the advantages it can offer to both parties of a dispute, as well as to clients and process funders in general.
Common law jurisdictions, which traditionally prohibited process funding, are also beginning to lower their barriers. The UK is seeing exponential growth in process funding litigation, even though the concept is relatively new to its jurisdiction. At present, process funding in the UK remains self-regulated through the Association of Litigation Funders (ALF), which employs a voluntary code of conduct, but mandates compliance for any funder wishing to become a member.

Future prospects
Process funding has already made its mark, even in more reserved jurisdictions. The process funding market is steadily growing and seeking ways to obtain justice without a heavy-handed cost risk. The growth of class actions at the European level is also likely to open up new possibilities, not just for process funders, but also for clients.
The European market will appreciate it. 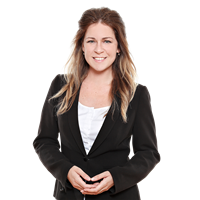