Recent legal developments in the liquidation of Sberbank Hungary

The Hungarian government issued a decree that amends certain provisions of the bank's liquidation proceedings. The decree entered into force on 15 April 2022 and affects the solvent liquidation of Sberbank Hungary, a subsidiary of Sberbank Europe AG, the Hungarian member of the Russian Sberbank group.

Even though it affects the liquidation of Sberbank Hungary, the decree covers every credit institution incorporated in Hungary, and affects both solvent and insolvent liquidations thereof. The decree is issued under the umbrella of Act I of 2021 on the Protective Measures in Relation to the Covid Pandemic, which enables the Hungarian government to amend certain acts of parliament by way of an interim government decree. The decree will thus remain in force only so long as the Act is in force. Nevertheless, it will remain applicable going forward for ongoing procedures.

The measures affecting the ranking of claims in a solvent liquidation are the following:

As to the ranking of claims in an insolvent liquidation, the release of deposit accounts and security deposits applies mutatis mutandis. However, the deposit claims of private and SME clients will not become super-senior.

Both in case of solvent and insolvent liquidation, it is also set forth that the administrator must attempt to sell the portfolio of the liquidated bank as a going concern and apply for the relevant approval at the Hungarian National Bank within 120 days from the start of the proceeding, although this deadline may be extended.

This article was first published on ceelegalmatters.com. 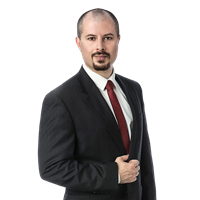