In general, the Austrian legal system does not give individuals the right to force the legislature to act in a specific way or pass concrete laws. Normally, only political pressure can combat inaction. However, when it comes to air quality, things are different.

The EU Air Quality Directive(1) defines thresholds for certain air pollutants, such as nitrogen dioxide (NO2) or particulate matter. The directive and thresholds therein were implemented in Austria through the Air Immission Protection Act.(2) If air pollution exceeds the permissible limit, the state governor is obliged to launch an appropriate strategic measurement programme, based on which an executive ordinance with specific actions will be implemented concerning, among other things, traffic restrictions or regulations for industrial plants.(3)

Further, in two landmark decisions, the European Court of Justice (ECJ) clarified that natural persons have a subjective right with regard to public authorities to compel adherence to these thresholds.(4) The Austrian Higher Administrative Court subsequently declared that individuals who live in a territory where the air pollution limits are exceeded have the right to demand that measures under the Air Immission Protection Act be enacted or amended.(5) Natural persons' ability to force government action is a radical departure from standard Austrian procedure. Additionally, even in cases where the state governor concludes that the thresholds have not been exceeded, natural persons may challenge such findings via administrative proceedings.

In its latest decision,(6) the Austrian Higher Administrative Court was asked to clarify whether environmental non-governmental organisations can also enforce actions. Until now, it was limited to natural persons only.

In the present case, the threshold for NO2 was exceeded in the province of Salzburg. According to a non-governmental organisation (NGO), the Salzburg state governor's measures were insufficient to comply with the contamination limit. Therefore, the NGO demanded that the authority establish the necessary measures.

As the Austrian Air Immission Protection Act provides no direct legal basis for the assumption of a subjective right for NGOs, the Austrian Higher Administrative Court referred to the ECJ's decision in Protect,(7) which had addressed the Aarhus Convention.(8) In Protect the ECJ took a far-reaching decision for environmental approval procedures. In accordance with, among other things, Article 9(3) of the Aarhus Convention, an environmental NGO has the right to challenge a decision granting a permit for a project if the project could have a significant impact on the environment. Until this decision, the field of action for NGOs was limited to proceedings concerning environmental impact assessments only.

Therefore, the Austrian Higher Administrative Court decided that NGOs have the same subjective right as natural persons and can demand specific measures to ensure compliance with the thresholds under the EU Air Quality Directive.

Protect triggered a broad political and legal discussion on how to implement these rights, especially the Aarhus Convention, into the Austrian legal system. Until today, no definitive steps have been taken. Nevertheless, the first effects of Protect can already be seen in Austrian jurisprudence. In accordance with Section 19(7) of the Environmental Impact Assessment Act,(9) the 'new' rights are exclusively granted to recognised NGOs that are committed to protecting the environment and whose activities seek.

-----------
We're on top of legal developments in Austria and CEE. Are you? Subscribe to our weekly updates! 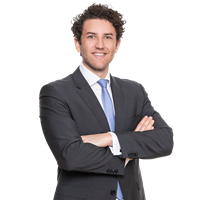