From 1 October 2017, the Romanian fire safety authorities may start imposing sanctions on the beneficiaries of existing construction projects in Romania who failed to obtain (or at least apply for) the mandatory fire safety authorisation.

This was triggered by the expiry on 30 September 2017 of the deadline by which anyone having performed and financed works on existing buildings (or the beneficiaries of such works) had to obtain or apply for the fire safety authorisation (under Art. 30 para. 41 of Law No. 307/2006, on fire prevention). The Romanian General Inspectorate for Emergency Situations (IGSU) recently issued a press release warning of the risks faced by those who fail to comply.

Given the Romanian authorities' increased concern in recent years to ensure that fire safety regulations are complied with, the IGSU intends to impose sanctions on anyone found to have commissioned a new building or improvements, or to have performed alterations and/or works changing the designated use of such buildings without obtaining a fire safety authorisation first.

Who can be subject to sanctions and when?

Individuals or legal entities that perform and finance works on existing buildings (or the beneficiary of such investments) are obliged to obtain the fire safety authorisation by law.

In most cases, the obligation will be incumbent on the building owner, who is normally the beneficiary of the works. Nevertheless, other parties could have this obligation too, namely the parties having a right of use over the works under contracts concluded with the building owner (eg usufruct or tenancy).

The beneficiaries of such works risk sanctions for lack of fire safety authorisations if:

Who is exempted from these sanctions?

Under Law No. 146/2017 for the approval of Government Ordinance No. 17/2016 for the extension of the term stipulated in Art. 30 para. 41 of Law No. 307/2006, on fire prevention, the following beneficiaries will be exempted from the sanctions in question: (i) those who applied for the fire safety authorisation prior to 30 September 2017 or (ii) those whose projects are pending financing approval, always provided that they comply with fire safety authorisation obligations prior to 31 December 2017.

Hence, parties who applied for the fire safety authorisation prior to 30 September 2017 have an additional three months to obtain the authorisation, without being sanctioned.

The lawmaker has not detailed the conditions in which the beneficiaries whose projects are pending financing are exempted from sanctions. Parliamentary debates regarding this law seem to indicate that the exemption primarily considered educational institutions for which projects had been subject to approval as part of the National Programme for Local Development.

The measure of granting an additional compliance term was welcome in the context of authorities becoming more thorough in their efforts to ensure compliance with the fire safety regulations.

In the first eight months of 2017, the IGSU inspectors conducted 27,717 supervision and control inspections and levied fines totalling more than RON 12.2 million (approx EUR 2.7 million). Given the expiry of the deadline for obtaining the fire safety authorisation, we anticipate that the number of these inspections will increase.

The hope is that this compliance campaign driven by the amendments in the Romanian fire safety authorisations and permitting legislation will in time lead to a framework where the rights and obligations, as well as the procedures in the area of fire safety, are clear and predictable for all parties who have obligations in this respect, as well as for the authorities in charge of encouraging and ensuring compliance. 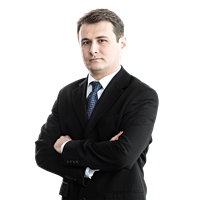