Romania: Bidders from several countries will be excluded from public procurement tenders

Under recent amendments to the public procurement legislation introduced by Government Emergency Ordinance No. 25/2021, contracting authorities/entities will exclude from tenders any natural or legal person from non-EU countries or from states that have not concluded commercial or pre-accession agreements with the European Union.

The most relevant example of a country affected by this decision is China, at least until it ratifies the Agreement on Government Procurement of the World Trade Organisation. In fact, at a practical level, the new rules will have a major impact especially on Chinese bidders, given their active participation in public procurement tenders in Romania. Therefore, a number of Chinese companies that were declared the winners of a series of tenders in key areas in Romania (infrastructure, transportation, etc.) in recent years, will no longer be able to participate in similar future tenders.

As the Government prepares to launch new major investment projects financed from structural funds for the new programming period (2021 – 2027), as well as from budgetary funds, the amendment has become even more important. Under the new provisions, however, some companies with a constant presence will find their access to such procedures blocked.

The rationale behind this new grounds for exclusion seems to be based mainly on criteria related to the limited guarantees that economic operators in certain non-EU countries present in terms of compliance with European rules and requirements on quality, environmental standards, working conditions, competitive policies and the like, which are likely to create hurdles and delays in the performance of contracts, especially in the field of transportation and in other strategic areas.

Who can continue to participate in public procurement tenders under the Ordinance?

Economic operators accepted as an individual bidder, associated bidder, candidate, third supporting party or subcontractor in public procurement tenders must be from: EU or EEA Member States; non-EU countries that have ratified the World Trade Organisation's Government Procurement Agreement ("GPA"), such as Canada, Japan, Ukraine, USA, Moldova, New Zealand, etc.; non-EU countries that are in the process of joining the EU, such as Serbia, Turkey, Montenegro, etc.; non-EU countries that are not covered by the GPA, but which are signatories to other international agreements whereby the EU is obliged to grant free market access in the field of public procurement, such as agreements with South Korea, etc.

The full list of countries falling into these categories will be approved by a ministerial order within 30 days of the entry into force of the Ordinance and will be updated annually or whenever necessary (within 30 days of any change).

What is the impact of this ground for exclusion?

The Ordinance will not directly affect the Romanian subsidiaries of the entities targeted by the exclusion, considering their nature as legal entities established under Romanian law.

These will still be able to participate in public procurement tenders, but will not be able to enter into an association with the parent companies targeted by the exclusion or to declare these companies as third supporting parties or subcontractors. Such contractual arrangements were often used in order to fulfil the similar experience requirements, to meet the conditions for the requested turnover (especially in major infrastructure projects) or to ensure the effective performance of an important part of the objective of the contract.

From when does it apply?

The transitional provisions of the Ordinance are clear that an economic operator who submitted a tender in a procedure on the date of entry into force of the Ordinance will be treated according to the legislation in force at the date of initiation of the tender, and will therefore not be targeted by the new ground for exclusion.

Where a tender has been launched but the deadline for submission of tenders has not yet expired, the legislator has chosen (although in ambiguous language) to apply the new ground for exclusion, although in certain procedures, potential bidders covered by the Ordinance could be at an advanced stage in the preparation of tenders. 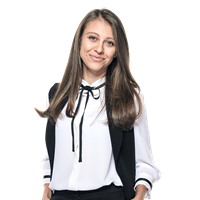