Romania has recently changed its legislation to help the market cope with the start of bankruptcy proceedings against one of the country's largest insurance companies. In the past month a shockwave was felt across the sector after the national financial services regulator withdrew City Insurance's operating licence after failing to meet regulatory requirements.

While this was not the first bankruptcy in the local market, it has raised concerns as to its anticipated impact. Numerous questions exist for insured companies and individuals, as well as for injured parties under policies issued by City Insurance. The mandatory car insurance segment is especially vulnerable, where the insurance company held a market share of 45 %.

Given the considerable size of City's portfolio and also based on past lessons learned from other bankruptcies in the insurance sector, the Romanian Government adopted new rules aimed at speeding up the recovery of premiums paid by insured parties and damages suffered by injured parties, respectively. To this end, Emergency Government Ordinance no. 102 ("EGO 102"') for the amendment of Law no. 213/2015 regulating the Insurance Guarantee Fund ("IGF") came into force on 22 September 2021.

The most important change brought by EGO 102 is the significant reduction of the term in which interested parties can recover their claims. According to the old regulations, damages could only be paid by IGF after a final court decision was made declaring the insurance company bankrupt, which could take years. According to the new rules, interested parties can already submit their claims with IGF, which will be entitled to start making payments as of 27 November this year.

What should companies owning auto fleets be aware of?

The new rules also apply to companies that own auto fleets and have their mandatory car insurance policies concluded with City Insurance or who are injured parties in insurance claims filed under such policies.

These companies can already start preparing and filing their applications with IGF to recover (i) the premiums paid to City Insurance, and/or (ii) damages under insurance claims already opened with the insurer. Similarly, for as long as mandatory car insurance policies issued by City Insurance are still in force, any claim arising in connection with them will be addressed directly to IGF.

While it is legally possible for insured parties to maintain these policies in force until their expiration (but no longer than 90 days as of the opening of the bankruptcy proceedings, when they will be terminated by law), it is likely that at least some of the companies insured by City Insurance will prefer to move to new insurers. In such cases, they need to first enter new insurance policies and then terminate the ones they have with City Insurance. After that, they can file an application to be reimbursed for their paid insurance premiums.

Companies who are injured parties under mandatory car insurance policies issued by City Insurance also need to file an application with IGF claiming damages. Such claim will include the relevant documents regarding the insured event. New insurance damage claims in the case of events that occurred after the opening of the bankruptcy proceedings, will be opened directly with IGF. A specially designated committee at IGF will process claims for damages. In case such claims are rejected, the company filing them can challenge this decision in court.

Given the large portfolio managed by City Insurance, and the fact that such applications will most likely be processed in the order in which they are received by IGF, it is advisable to submit applications as soon as possible. 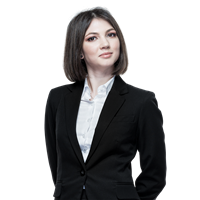