Romania: More state incentives for large investments on the horizon

While following the adoption of the Temporary Framework1 various EU countries have rather quickly implemented state support schemes that also cover large corporations, Romania has so far only focused on SMEs.

Some might say it was high time for a clear signal to be sent to large corporations and investors as well.

According to statements by several Romanian officials over the last few days, the state appears to be taking a twofold approach to attract and boost large investments. On the one hand, specific support measures relying on the Temporary Framework are expected to soon see the light of day and, on the other hand, some existing state aid schemes will be significantly updated to be more flexible and less bureaucratic.

A new scheme: State guarantees and subsidies for large corporations

On 4 June 2020, the Government of Romania approved a memorandum that aims to put in place two types of support measures dedicated to large corporations: state guarantees for corporate loans and state subsidies to support interest payments, within a total budget of RON 8bln (approx. EUR 1.65bln). Both measures can be applied for a maximum six-year period, in accordance with the rules set out by the Temporary Framework.

This state aid scheme is pending notification to the European Commission, which is known for an extremely swift approval track. We therefore expect the scheme to become effective during the next few weeks.

It is expected that the scheme will also cover the refinancing of existing loans.

In parallel, the Romanian State is working on a significant reshuffle of some existing state aid schemes2.

It is anticipated that these changes will provide for more flexibility and more straightforward communication between the state and investors, as potential beneficiaries of the state aid.

For example, some eligibility criteria and assessment indicators currently applicable to regional investments will become more flexible. This is naturally expected to incentivise large and complex investments, as potential beneficiaries will from now on face less bureaucracy when devising business plans.

The good news continues, as it appears the state aims to reopen the state aid scheme dedicated to the creation of new jobs by changing its focus from SMEs to large corporations that will create at least 100 new jobs (instead of the former threshold of 10 new jobs). Even more interestingly, the state appears willing to encourage a high value added to the economy by incentivising the creation of jobs for highly qualified personnel (as the aid will no longer be subject to any limitation as to the amount of subsidised salary). The same more flexible approach is also expected within this scheme.

Greenfield investments in strategic sectors (including as a result of relocation of manufacturing capabilities from China/Asia to Romania) may fall under a different aid scheme, but no specific details or timeline for the approval of a dedicated scheme are currently available.

Finally, Romania is also expected to benefit from the recovery plan proposed by the European Commission3, to be most likely approved during the next period.

As such, it looks like large corporations would be well advised to start preparing their applications for state-subsidised/guaranteed refinancing and to consider the pros and cons of pursuing new investments benefitting from the updated state aid schemes. 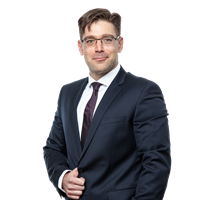