Romania: New provisions on the sale of farmland located outside buildable areas

[later edit December 2020] As mentioned below, Law 175/2020 stipulates that its provisions apply to any sale-purchase of agricultural land situated outside buildable areas, irrespective of whether the process was ongoing on the date when the law came into force or was initiated afterwards. Law 175/2020 came into force on 13 October 2020, while the methodological norms for its application have not been adopted yet.

With the competent public authorities faced with the genuine impossibility of finalising the process for assessing sale-purchase offers filed by land owners prior to 13 October 2020, transactions involving agricultural land situated outside buildable areas initiated under the old sale-purchase procedure stipulated by Law 17 were deadlocked.

To resolve the situation, the Romanian Government enacted Emergency Ordinance No. 203/2020 on some measures aimed at regulating the sale-purchase of agricultural land situated outside buildable areas ("GEO 203"), which came into effect on 25 November 2020.

GEO 203 sets forth the rules that derogate from Law 175/2020, applicable to the sale-purchase of agricultural land situated outside buildable areas based on requests for the display of sale offers filed on or prior to 13 October 2020. The main provisions are:

Therefore, the sale-purchase process of agricultural land situated outside buildable areas for which requests for the display of sale offers had been filed on or prior to 13 October 2020 needs to be finalised by 31 January 2021. Otherwise, the sellers will need to reinitiate the sale-purchase process regarding agricultural land in accordance with the new requirements set forth by Law 175/2020, as further detailed below.

Given the limited applicability of GEO 203, the validity of final permits or free sale certificates issued prior to 13 October 2020 will be governed by the provisions of Law 17 applicable on the date of their issuance.

The Romanian legislation on the sale of farmland has been significantly amended. The new provisions were enacted with the declared aim of consolidating the Romanian agricultural real estate market and increasing the use of farmland for agriculture instead of speculative investment. It is expected that the new regulation will mainly lead to restrictions on the access of foreigners to Romanian agricultural real estate, which could raise concerns about its compatibility with EU legislation.

The new provisions were introduced by the draft law ("Draft") for the amendment and completion of Law No. 17/2014 on the regulations regarding the sale and purchase of agricultural land outside buildable areas and for the amendment of Law No. 268/2001 on the privatisation of companies administering the State's publicly and privately owned agricultural land and for the creation of the Agency for the State's Domain ("Law 17"), which was approved by both chambers of the Parliament. On 9 June 2020, the Draft was sent for promulgation to the President of Romania and was subsequently examined by the Constitutional Court, following a notification of unconstitutionality. The exception of unconstitutionality was recently rejected. Now the Draft is to be promulgated by the President of Romania and published in the Official Gazette.

What is changing in terms of the sale of farmland?

The most important changes introduced to Law 17 by the Draft are the following:

1. Increase in the number of pre-emptors and restrictive measures for some pre-emptors

The list of pre-emptors has been completely changed. Where the current form of Law 17 provides only four categories of pre-emptors (co-owners, tenants, neighbours, the Agency for the State's Domain, in this order, at equal price and conditions), the Draft extends the number of pre-emptors, setting forth no less than seven categories: owners of agricultural investments over agricultural land, tenants of neighbouring lands, young farmers, research and development units in the field of agriculture, the forestry and food industry, agricultural educational institutions, individuals domiciled or residing where the land is located or in neighbouring localities.

Comment: The Draft comprised several unclear and sometimes incomplete provisions that will generate difficulties in implementing the pre-emption procedure.

2. Restrictions for natural/ legal persons who do not qualify as pre-emptors

Comment: In fact, persons who meet the above conditions represent an eighth category of pre-emptors who may exercise their right within 30 days from the expiry of the term for completing the pre-emption procedure. Only if they do not express their intention to buy can the farmland afterwards be freely alienated to any natural/legal person, in all cases in compliance with the price and conditions of sale comprised in the sale offer.

The Draft imposes on owners who want to sell farmland before the eighth anniversary of their acquisition an 80 % tax on the difference between the sale price and the purchase price, based on the grid of notaries applicable to that period.

This tax also applies to direct or indirect alienation, before the eighth anniversary of the purchase of lands, of the controlling stock in companies that hold agricultural land representing at least 25 % of their assets. In this case, the seller will pay a tax of 80 % of the difference of the value of the lands calculated based on the notaries' grid between the acquisition of farmland and the alienation of the shares. To avoid double taxation, the profit tax is applied to a diminished base considering the percentage of the lands in the company's fixed assets.

Breach of these obligations is sanctioned with the absolute nullity of the transaction.

This tax does not apply in the case of reorganisation or reallocation of assets within the same group of companies.

Moreover, once purchased, the farmland must continue to be used exclusively for agricultural purposes.

Comment: The Draft does not define terms essential for the implementation of these provisions, such as direct or indirect alienation, controlling package, reallocation of assets. Also, the method of calculation and payment of the tax is unclear, and may create difficulties in implementation.

The Draft introduces a number of changes to the procedure for exercising the right of pre-emption, mainly related to significant prolongations of the procedural deadlines and additional obligations imposed on municipalities, such as their obligation to notify pre-emptors about the sale offer registered by the owner.

In addition, the Draft regulated the possibility for sellers and pre-emptors to withdraw their offer / acceptance of the offer by the completion date of the sale procedure.

Another novelty is the establishment of a Single Register on the movement and destination of farmland located outside buildable areas, which will record information on real estate transactions with agricultural land located outside the built-up area of ​​localities.

Comment: The procedural changes are likely to further bureaucratise the sale procedure, the entire pre-emption procedure taking significantly longer than the one currently applicable. In our view, the establishment of this new register is beneficial, although the level of detail of these records and who will have access to the register is unclear.

5. The sanction of absolute nullity and harsher fines

According to the Draft, the alienation of farmland located outside buildable areas without observing the pre-emption procedure or without obtaining the approvals provided by Law 17 will be sanctioned with absolute nullity, while the currently applicable form of Law 17 provides the sanction of relative nullity. In addition, the fines for non-compliance with this law have doubled, ranging from RON 100,000 to RON 200,000.

Comment: The new legislative amendments would enter into force within 60 days from the date of publication in the Official Gazette of Romania and will apply both to new sale offers for farmland outside buildable areas submitted after its entry into force, as well as to pending offers. However, it is unclear how the Draft will impact applications submitted prior to its entry into force, as the new law is not retroactive.

Are the new rules on farmland acquisition in breach of EU law?

While Member States have the sovereignty to set their own rules on matters related to property, the national systems of property ownership remain subject to the fundamental rule of non-discrimination and must comply with the EU four freedoms.

In 2005 Romania enacted Law No. 312/2005 on the acquisition of private ownership over lands by foreign citizens and stateless persons, as well as by foreign legal persons, which entered into force on the date of accession to the EU, i.e. on 1 January 2007. The Draft is likely to substantially change Romania's initial commitment to the European Union. As an example, there are stricter requirements for home / residence / secondary offices, requirements for a minimum percentage of income generated by agricultural business.

As regards the regulation of farmland property, several restrictive measures adopted in the past by Member States have been allowed, as being deemed necessary to foster local agricultural development, to keep land in agricultural use or avoid speculative pressure on land prices.

However, the European Court of Justice has consistently held that restrictions on the free movement of capital and freedom of establishment must always be justified and be in line with the principles of non-discrimination (i.e. the measures should not be excessive or go beyond what it is necessary to attain the public interest) and proportionality. To this end, requirements on residence or farming qualifications have been deemed to be rather disproportionate and encroaching on fundamental rights of EU citizens.

In this context, the Draft may raise serious concerns as to its compatibility with the provisions of the Treaty on the Functioning of the European Union. The residence requirements in a given county for natural or legal persons seeking to acquire farmland, as well as the restrictions on the previous local agricultural activities for companies, may pave the way for discriminatory treatment of investors from other Member States. Such restrictions may also hinder the free movement of capital and freedom of establishment.

Similar restrictions have in the past attracted the scrutiny of the European Commission, which initiated the infringement procedure in connection with the land acts of Bulgaria, Latvia, Lithuania and Slovakia.

It is expected that the number of transactions with farmland will increase until the entry into force of the Draft (60 days from its publication in the Official Gazette).

Also, the methodological norms for the application of Law 17 will be amended and will be published according to the Draft, within 15 days from its entry into force. In the period between the entry into force of the Draft and the enactment of the new methodological norms, a blockage of transfers of agricultural land is expected, as the Project is unclear and incomplete, to ensure immediate application of the new rules by the competent authorities. 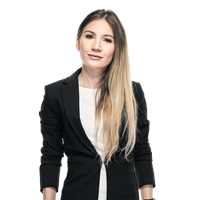