The numerous political, economic and social uncertainties of the last period, coupled with a significant increase in the prices of consumer goods, have led the Romanian Government to amend the existing legal framework and to regulate the commercial behaviour of companies in a stricter manner, aiming to combat potential speculative actions, but also unfair competition practices.

As regards speculative actions, the provisions of Emergency Ordinance No 84/2022 on combating speculative actions and amending and supplementing certain regulatory acts regulate practices which constitute speculative actions. Namely (i) charging unjustifiably high prices, (ii) unreasonably limiting production or sales and (iii) building up additional stocks of goods in order to create a deficit in the market and subsequently reselling them at a much higher price.

It should be noted that the applicability of the above provisions is time-limited. Specifically, the legal provisions adopted aim to combat speculative actions in exceptional circumstances such as military mobilisation, a state of war or siege, as well as a state of emergency or alert or in other crisis circumstances declared by the Parliament or the Romanian Government. The notion of crisis situation is not defined, hence the authorities have a significant margin of discretion in assessing such situations.

In the event of the occurrence of an exceptional situation, the Romanian Government will adopt a decision on the products and services considered essential that may be subject to speculative risk. The National Authority for Consumer Protection will be empowered to apply the provisions on speculative actions as regards consumers, and the Competition Council will have the power to analyse and sanction such practices committed against undertakings.

In order to create a robust legal framework, the Romanian Government has also adopted amendments regarding unfair competition practices.

The new provisions introduced a new concept, namely the superior bargaining position held by a company. The concept refers to a situation which is likely to generate significant imbalances between an undertaking in a superior position due to certain specific market characteristics (i.e. structure of the production and distribution chain, vulnerability to external factors, perishability) towards another undertaking.

In order to determine a superior bargaining position several criteria will be scrutinised, such as the strength generated by the market share or brand awareness, the importance of the commercial relationship for the undertaking's business and the absence of an equivalent alternative solution for the victim.

Thus, according to the new legal provisions, actions that are contrary to fair practices and the general principle of good faith are prohibited, including speculative actions and the exploitation of a superior bargaining position.

In investigating such practices, competition inspectors will be able to request information and carry out dawn raids at the undertakings premises and workplaces after receiving judicial authorisation.

Also, an important aspect introduced by the new legal provisions is the probative value of the Competition Council's final decisions. According to the new regulation, the final competition authority's decisions have evidentiary value regarding unfair competition practices in disputes concerning damages claimed by victims of unfair competition, facilitating the evidentiary effort of companies affected by such acts.

Finally, the penalty regime adopted provides for fines ranging from RON 50,000 to 500,000 (approx. EUR 10,000 to 100,000) for legal persons and from RON 5,500 to 11,000 (approx. EUR 1,100 to 5,500) for individuals. Although the maximum amounts may at first sight appear to be less dissuasive, especially in the case of large companies which hold a superior bargaining position, the extensive activity of the Competition Council may constitute an appropriate means to avoid unfair competition practices.

The new legal provisions may avail an effective way of protecting consumers and businesses, and the effectiveness of these measures can only be seen once the new legal provisions have been put into practice. However, the adoption of secondary implementing legislation is still needed to create a complete legal framework with clear rules and procedures. 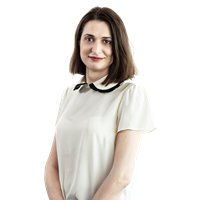