After much rescheduling and protraction, the long-awaited new Trademark Act was finally adopted on 24 January 2020 and came into force a week later. The new law introduces a number of fundamental changes, eliminating certain shortcomings of the previous law, allowing for more efficient protection and further harmonisation of Serbia's legislation with EU law.

The key novelties introduced by the new Trademark Act are:

Until now, the Serbian Intellectual Property Office (IPO) examined trademark applications both on absolute and relative grounds, while interested parties could only file a written observation to the Serbian IPO (during the registration process) and/or initiate cancellation proceedings due to similarity (once the trademark has been registered). The new Trademark Act introduces a heterogeneous solution, retaining the previous observation system where the IPO still examines trademarks on absolute and relative grounds, while also introducing an opposition system where interested parties can challenge trademark registration through opposition proceedings.

After 1 February 2020, all applications that successfully pass the ex officio examination will be published in the IPO's Official Gazette. Interested parties will have the opportunity to file an opposition based on relative grounds within three months from publication, whereas the applicant will be allowed to submit a written response within 60 days from receiving the opposition. Failure to respond will lead to acceptance of the opposition. Furthermore, the applicant may require the opponent to prove that their earlier trademark was used in Serbia during a prior period of five years. If the opponent does not file evidence in this respect, the opposition will be refused. The law also allows for a 24-month cooling-off period during which the parties may temporarily suspend the proceedings to negotiate an amicable solution.

Apart from creating a more transparent and holder-protective system, the new Trademark Act could have significant practical implications for trademark holders who will need to monitor new applications in order to become aware of potential conflicts as early as possible.

Another important novelty is the reintroduction of an international exhaustion system for parallel imports (which was previously in place for several years until the changes from 2013). From 2013 until now, the principle of national exhaustion applied, meaning that trademark holders could not prohibit the use of their trademarks with respect to goods bearing such marks if such goods were placed on the Serbian market by the holder or other person authorised by the holder, i.e. the law allowed trademark owners to prevent parallel imports to the Serbian market. The new Trademark Act introduces the worldwide exhaustion principle, meaning that the trademark holder cannot prohibit others from reselling products that were legally put into circulation anywhere in the world.

This novelty reflects the position of the Serbian Competition Authority, which previously issued several opinions and statements in favour of changing the concept of national exhaustion. In its 2018 Opinion on draft trademark law, the Competition Authority recommended that international exhaustion should replace the current solution, allowing for parallel trade, since it would increase competition and remove price disparities between the Serbian and other markets. It also stated that parallel import could improve competition between bidders in the context of public procurement, because the number of potential bidders could increase and they would have numerous sources of supply (instead of just one, such as an exclusive importer / licence holder). In its Opinion on the revised draft trademark law in 2019, the Competition Authority welcomed the proposed provision on international exhaustion and reiterated the need to remove the statutory prohibition of parallel import. This novelty represents a success for the Competition Authority and, therefore, we can expect the competition watchdog to heavily scrutinise and sanction any attempt to prevent parallel trade in Serbia. This also raises an additional antirust risk for businesses in Serbia which should now adapt their commercial policies and compliance programmes to this new circumstance. On the other hand, the worldwide exhaustion principle (as well as any other point where competition and intellectual property collide) might create practical problems for trademark holders and legal distributors, who will now have a practical problem in fighting the black market / illegal imports, thus decreasing the motivation to invest in the market.

Another key, pragmatic novelty concerns the statute of limitations for initiating a civil procedure for a trademark infringement. The previous solution was very restrictive and problematic from a practical point of view, since it provided that the statute of limitation for filing a claim is three years from the moment when the rightsholder learned of the injury and the perpetrator (subjective term), and no more than five years from the date when the injury was first done (objective deadline). Due to the limitations of this definition, rightsholders were often prevented from fighting even ongoing infringements, if the five-year term from the first infringement has expired, and the courts have dismissed the legitimate claims of rightsholders as outdated even if the rightsholder had no prior knowledge that his right had been violated. The new Trademark Act finally corrects this major shortcoming by removing "done for the first time" from the definition of the statute of limitations and ensuring that ongoing infringements cannot become time-barred.

Along with a few other, secondary changes, such as narrower interpretation of goods/services, elimination of the graphical representation requirement, a more harmonised approach to collective trademarks, explicit introduction of intermediary liability, expanding the scope of potential trademark infringement actions (licence breaches, comparative advertising in a manner contrary to law), abandoning the two-instance procedure before the IPO, etc., all in all, the strategic amendments introduced by the new Trademark Act should allow for a more balanced and efficient trademark system, while further aligning Serbian legislation with the EU. The key task that remains for the stakeholders in Serbia is to efficiently and promptly apply the new rules.

This Legal Insight is authored by Zoran Šoljaga and Andrea Radonjanin. 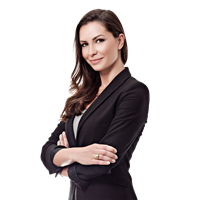