On 6 April 2017 the Austrian Parliament implemented the Damages Directive (2014/104/EU) ("Directive") by adopting an amendment to the Austrian Cartel Act ("KartG"). The rules will become effective retroactively from 27 December 2017, which was the deadline for transposing the Directive into national law.

While Austrian law already enshrined many principles of the Damages Directive prior to its entry into force, such as the right to full compensation or joint liability of infringers, the amendments introduce inter alia the passing-on defence for cartelists (and, as a related issue, supports locus standi for indirect purchasers), generous rules on disclosure of evidence, and changes to the limitation period as set out below.

According to § 37c (2) KartG, as amended, it is presumed that a cartel causes harm. The amendment thus shifts the burden of proof concerning the negative impact of a horizontal restraint of competition on direct purchasers to the offenders. While in theory this presumption is rebuttable, experience shows that it is extremely difficult to prove a causal link between a restrictive agreement and a certain market development. In the future, uncertainties in this respect will work to the detriment of the cartelists. It is important to note that the presumption only relates to horizontal agreements ("cartels between competitors"), not to vertical agreements, which in Austrian terminology are also referred to as "cartels", and not to the abuse of a dominant market position.

One of the main policy issues debated in the build-up to the Directive was whether actions for damages should be primarily in the hands of direct purchasers or whether claims of indirect purchasers should be supported. So far, Austrian law has preferred actions by direct customers, and consequently did not accept the so-called passing-on defence (ie the claim that the direct purchaser did not suffer harm because he was able to pass any cartel-induced price overcharge to his own customers). In this respect, the Directive – and now also the KartG – turn the tables. § 37f (2) KartG, as amended, creates presumptions for passing-on. To the extent that the damage lies with an indirect purchaser, this claimant and not the cartelist's direct customer shall be primarily entitled to compensation. In 2016, the European Commission published a "Study on the Passing-on of Overcharge", which explains the economics behind this concept. The European Commission is also now preparing new guidelines on passing-on.

The amendments introduce evidence gathering rules which are more generous for the applicant than the general rules under Austrian law on civil procedure. For example, the applicant can also gather information from the defendant or from third parties even if it contains confidential information, although the Court has to ensure that confidentiality is protected (eg redact confidential parts). The amendments also introduce the possibility to request evidence in possession of Competition Authorities (European Commission, National Competition Authorities), except for leniency applications and settlements. This is because the award of the undertaking for cooperating with the Authority (no or lower fines) should not be taken away by the risk of higher private damage claims, otherwise undertakings would have no incentive to cooperate in the first place. We expect that the main benefit of the new rules on "discovery" will be enjoyed by defendants rather than by plaintiffs, mainly as it is difficult to invoke the passing-on defence without access to the plaintiff's account. This will be facilitated by the new evidential rules. On the contrary, we do not expect plaintiffs to benefit much from disclosure. Almost all actions for damages follow public enforcement decisions, ie a finding of an infringement by the competition authorities. In our experience, it is rare for the authority's file or the cartelists' internal documents to contain relevant facts which are not reported in the authority's decision.

Joint and several liability of infringers.

The joint liability of infringers is not new to Austrian law and exists as a general rule under tort law. However, the amendment adapts the general rule in the specific context of competition law. For example, it provides for a more favourable treatment of leniency applicants, who should only be jointly liable when damage claims against other infringers have been unsuccessfully invoked. This ensures that leniency applicants are not worse off than other cartelists and takes into account that other cartelists might challenge the infringement decisions so that they become legally binding only after judicial review, whereas in the absence of judicial appeal the infringement decision against the leniency applicant becomes legally binding much earlier.

The Directive also aims to promote "consensual settlements". The competition authorities can consider compensation payments by the infringer as a mitigating factor when calculating the fine. 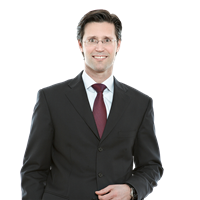