The COVID-19 pandemic is causing disruption throughout the commercial sector. Stakeholders are forced to shift their focus to mitigating the impact on the supply chain, customer relations, workforce, leases and more broadly business in general.

In such an environment all contractual obligations are hard to comply with and risk of breach of contract has become relatively common. While there are several possibilities to alleviate potential liability arising as a result of a breach, any deviation from contractually agreed terms inherently includes a risk of damages claim.

Stakeholders may be surprised by a specific feature of Slovenian law applicable to damages for breach of contract, namely the regulation of the foreseeability criterion. As in most other jurisdictions, the amount of damages an aggrieved party may recover is limited to those that were foreseeable. But this criterion is regulated slightly differently under Slovenian law. A subtle difference in the reference point in time for the assessment of foreseeability of losses may yield unexpected results, especially for foreign parties to cross-border contracts governed by Slovenian law.

This article seeks to provide a high-level overview of the Slovenian rules on damages for breach of contract and outline the Slovenian-specific foreseeability criterion in the context of the COVID-19 pandemic.

Breach of contract and damages claim

Elements for a claim of breach of contract

If a party to a contract is unable to perform its obligations, this would generally give rise to liability towards the other party. There are many moving parts and things to consider when it comes to suing for breach of contract. Broadly, the elements giving rise to a damages claim for breach of contract under Slovenian law are: (i) a breach of contract has occurred; (ii) the breach is unexcused/caused by events from the breaching party's sphere (see chapter 'Breach of contract and liability for damages' below for details); (iii) there is causal link between the breach and the losses; and (iv) legally recognised damages have arisen.

Breach of contract and liability for damages

The question of what constitutes a breach of contract will largely depend on the terms of each contract. Different types of breaches (e.g. defective performance, non-performance, breach of ancillary obligations) will give rise to different remedies, a damages claim in any case usually being available. In the context of the COVID-19 pandemic, potential force majeure, rebus sic stantibus, material adverse change (MAC) or similar clauses may allow the parties to suspend performance for a period of time and/or terminate the contract without breach/liability on either side. In addition, certain default rules of civil law (e.g. impossibility of performance and/or change of circumstances) may serve to achieve a similar goal.

A party also might be able to absolve itself from liability for a breach based on circumstances attributable to the COVID-19 pandemic. Liability for breach of contract under Slovenian law is a strict liability generally not based on fault. In principle, a debtor may exonerate itself if it proves that the breach occurred due to "circumstances arising after the conclusion of the contract that it could not have overcome or avoided". Whether certain circumstances deriving from the pandemic classify as such needs to be assessed on a case-by-case basis.

A detailed analysis of what constitutes a breach, what are the available remedies, and what options the parties have to absolve themselves from liability for breach would be far beyond this publication. The above should serve as a general overview, the remainder of this piece focusing on the scope of awardable damages and the criterion of foreseeability as one of the limitations.

Foreseeability of loss and potential implications of COVID-19

To the extent the contract was validly concluded (excluding, for example, liability for contractual negotiations, initial impossibility of performance, etc.), the amount of awarded damages should put the claimant in the position that it would have been in had the contract been performed (performance interest). The aggrieved party may claim the actual damages (navadna škoda; damnum emergens) as well as loss of profit (izgubljeni dobiček; lucrum cessans). Any gains received by the aggrieved party following the breach will decrease the amount of damages (compensatio lucri con damno). Deductions may also be caused by violation of the duty to mitigate losses, imposed by Slovenian law.

Foreseeability and reference point in time

The very limited case law of the Slovenian courts indicates that it may indeed increase the amount of awarded damages as shown by the following case decided before the Supreme Court of the Republic of Slovenia:

In the context of the COVID-19 pandemic, the Slovenian-specific foreseeability provision may substantially increase the amount of awarded damages. This is primarily relevant in limited commercial sectors and industries facing increased demand, such as certain IT and digital services, repair services, businesses providing medicinal equipment and the like. The following imaginary case can serve for illustration purposes:

A technology components provider ("A") concluded a cross-border supply agreement with an – at the time unprofitable – virtual reality service provider ("B"). The agreement is governed by Slovenian law. As a result of the COVID-19 outbreak (i) A's suppliers failed to deliver the necessary material to A and its production was stopped, making it impossible for A to deliver its product under the contract, and (ii) demand for B's products and services significantly increased. Following A's notice of inability to perform, B turns to a local provider of similar components and replaces the missing capacity with the latter's product at a price exceeding A's price by 200 %. B then claims from A (i) loss of profit for the period of negotiations with the local supplier, and (ii) the difference in price it had to pay to the local supplier. Assuming that the contract between A and B does not include any provisions regulating force majeure and/or changes in circumstances, we would expect that A's defensive argumentation would primarily focus on the default rules of civil law (e.g. impossibility of performance, changed circumstances and exoneration from liability). The merits of such argumentation could be challenged (e.g. on the basis that performance was not objectively impossible – the local supplier was able to perform – and not entirely unforeseeable), the final outcome likely being highly fact-contingent. Provided that the contract would not have been terminated by operation of any of these concepts or that the debtor would not have otherwise been successful in exonerating its liability, the focus would then shift to (a) duty to mitigate, and (b) foreseeability of loss. In terms of (a), the final outcome would primarily depend on whether the time of negotiations with the local provider and the agreed price were in line with "market standard". In terms of (b), the reference point in time for the foreseeability criterion under Slovenian law (i.e. time of breach) could have a significant impact, as it could be argued that the notable increase in demand for B's products and services, which increased the "loss" on B's side and the "amount of damages" on A's side, was foreseeable at the time of the breach, whereas the same would not apply at the time of the conclusion of the contract (when B's business was mediocre at best).

Important note: The above is a simplified illustration of the main points of interest in scenarios involving a potential breach of contract. In practice, both the fact pattern and the legal analysis will typically be far more complex and conclusions will likely turn on particularities. Therefore, a case-by-case approach should always be observed.

In view of the ongoing pandemic, parties to contracts governed by Slovenian law should heed the foreseeability of damages criterion as set out under Slovenian law. Its direct application may cause a significant increase in the amount of awarded damages in comparison to other jurisdictions with similar rules on limitations of recoverable losses. That being said, it also bears mentioning that the respective concept is underdeveloped and is subject to professional criticism. This gives room for creative argumentation that the foreseeability criterion under Slovenian law should not be applied in a significantly different manner than in other jurisdictions. However, the letter of the law is clear, and the results of such argumentation are highly uncertain. 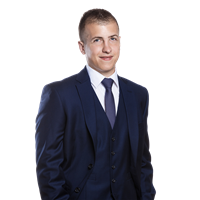