On 23 September 2020, the Slovenian government decided that price control measures in the field of fuel products are no longer necessary, meaning that the retail fuel market will be fully liberalised from October 2020.

Slovenia was the last EU Member State in which the government administered retail fuel prices. The first steps towards full liberalisation were taken back in 2016, when the government liberalised the prices of premium petroleum and heating oil, while regular petrol and diesel remained subject to administered prices.

The Ministry of Economy is convinced that now is the best time for such a measure, since global oil prices are low and raising trading margins will have a minimal effect on raising retail prices.

Following deregulation, fair competition in the fuel market shall be ensured through the application of Articles 101 and 102 of the Treaty on the Functioning of the European Union ("TFEU") and its Slovenian equivalents, Articles 6 and 9 of the Slovenian Prevention of Restriction of Competition Act ("ZPOmK-1"), which prohibit anti-competitive practices and abuse of dominance in the market.

Generally, any agreements or concerted practices aimed at or having the effect of preventing, restricting or distorting competition in the Republic of Slovenia, are prohibited.

Concrete examples of anti-competitive behaviour include:

In the road fuel sector, parallel pricing, price cycling patterns and "rockets and feathers" pricing (asymmetrical adjustment of retail prices to changes in commodity prices) all raise suspicions and may prompt action by the Slovenian Competition Protection Agency (the "Agency").

The Agency is following the fuel market closely, having carried out a sector inquiry into the market already back in 2017, when there were indications that it was not functioning as well as it should and that competition breaches may have been a contributing factor. The report in Slovenian can be found here.

The government instructed the Ministry of Economy to monitor and analyse the formation of fuel prices based on oil prices on the global market and report the data to the Ministry of Finance for 14-day periods. 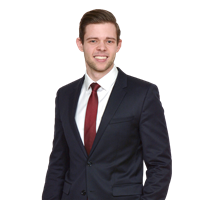