Stay or go, your investments ARE Protected

You are an intra-EU investor. You run your business in one EU state and invest in another. Or perhaps you are an international company, outside the EU, but with a corporate structure that includes intra-EU investment. You never questioned that your foreign investment will be protected under the applicable intra-EU bilateral investment treaty (BIT). And you had no reason to.

But then came 2018. An investment dispute between a Dutch insurance company and Slovakia made its way to the European Court of Justice (ECJ). And the ECJ's decision in that case (Achmea v Slovak Republic, or simply "Achmea") threw the future of foreign investment protection into disarray.

The gist of Achmea: investor-state arbitration clauses of intra-EU BITs are incompatible with EU law. The concern: enforcement of intra-EU BIT arbitral awards will become more difficult. The likely effect: your foreign investments are no longer protected.

But Achmea, and its repercussions, are far from clear. The decision is yet to be tried. And even if enforcement of intra-EU BIT arbitral awards does become more difficult, there is still no need to worry about your foreign investments.

Achmea does not affect the protection of your investment abroad or in the EU, whether you run your business from the EU or a non-EU state. It simply requires you to take one of two paths: structure outside the EU or be protected by EU law itself.

And so, the first option for protecting your foreign investment may very well be to structure it from outside the EU, provided you know when and where to go.

But what if restructuring is not recommended for your business? What if you need to stay an intra-EU investor? Well, that's fine too.

Take the second path. Let the EU protect you.

EU states cannot harm investments of other EU investors. EU law protects them, quite extensively. The standards of investment protection guaranteed under BITs and under EU law largely overlap. The real difference is how they are enforced.

Under BITs, states typically consent to dispute resolution by an arbitral tribunal. For instance, ICSID at the World Bank, or UNCITRAL of the United Nations. The awards rendered by these tribunals are practically enforceable worldwide. Any assets that your losing opponent (the state) may have, including assets outside the state, are up for grabs.

But if an EU state violates investment protections under EU law, your case will start in the national courts of that state. You will sue for state liability. If the national courts apply EU law correctly (and find the state liable), you win. And you can easily enforce that EU judgment, at least throughout the EU, but also in most other non-EU jurisdictions.

So, while investment arbitration is the simplest path, it is not the only one. If structuring your investment outside the EU is not viable, don't fret. At the end of the day, your EU investment – whether you stay or go – is still protected. 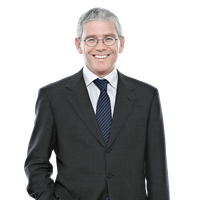