The Austrian Supreme Court has recently found that insolvency related avoidance claims can be sold. This may open a whole new business segment and will most certainly have a material impact on defendants in avoidance proceedings.

In the case at hand (OGH 17 Ob 6/19k) an Austrian limited liability company concluded a purchase agreement on the sale of three properties (the "Purchase Agreement") to the wife of the company's de facto managing director in July 2015. Just over a year later, in October 2016, insolvency proceedings were initiated over the company's assets.

Following an extensive analysis of the relevant legal writing and despite vast legal writing to the contrary, the Austrian Supreme Court found that the insolvency related avoidance claims had been validly assigned to the claimant. Regarding the significant difference between the purchase price paid and the real value of the properties, the Supreme Court stated that an appropriate purchase price is not necessary for a valid assignment. Rather, assignments are only invalid if they can be qualified as abuse of the administrator's rights or contradict the purpose of the insolvency proceedings, which must be assessed ex ante and evident for the assignee.

Rise of a new business segment? 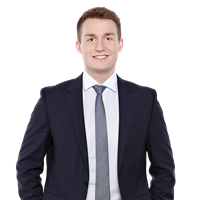