Environmental protection and climate change are by far the hottest topics in contemporary competition policy. The European Green Deal, signed by the EU 27, sets out to make Europe the first climate-neutral continent by 2050, where economic growth is decoupled from resource use.

In order to reach this goal, new approaches have been and are being developed by regulators and competition authorities at national and EU level in order to create a legally secure basis for sustainable cooperation agreements. We take a closer look at the debate and some of the solutions proposed.

How can competition rules support green goals in the first place?

In fact, sustainability and competition often go hand in hand. Just as competition fosters innovation in the form of new or improved products and processes for consumers, it can also stimulate innovation with regard to sustainability. Such innovations are usually most effective when as many companies as possible participate in them. While the unilateral pursuit of public welfare objectives by companies is generally unproblematic under antitrust law, agreements on measures for sustainable economic activity between two or more undertakings must be measured in accordance with antitrust law and can cause a conflict of objectives with the antitrust regulatory regime. Art 101 TFEU (or the national equivalents thereof) prohibits agreements between companies which restrict competition. All companies should compete for the most favorable and best solution for customers. However, if there is a restriction of competition, e.g. because several undertakings cooperate to jointly achieve environmental objectives, this may be exempted under Art 101(3) TFEU. For the exemption to apply, the agreements must – among other conditions – lead to an increase in efficiency with appropriate consumer participation. One problem here is that competition authorities have so far tended to include in their calculations only efficiency gains that can be valued in monetary terms and that affect the same market on which the restriction of competition has its effect. However, this is not possible in the case of a large number of sustainability agreements.

In light of this issue, new approaches have been and are being developed in order to create a legally secure basis for sustainable cooperation agreements which cannot be measured by the above standard.

While the EU legislator is still busy deciding how to regulate these kind of agreements, Austria has chosen a national approach and will exempt certain sustainable cooperation agreements from the prohibition of restrictive agreements in the future. In CEE countries, the debate on the potential of competition law in helping to achieve sustainability objectives seems to have only moderately arisen. It is, however, expected that the national competition authorities will follow the example of the EU Commission and other, in this regard more progressive, member states.

The topic of sustainable cooperation agreements has been discussed at length at EU level, including in the context of a contribution call, where around 200 contributions were received from a broad range of stakeholders, including industry environmental groups, consumer organisations, and competition experts.

As a result of these debates, the European Commission ("EC") recently published a competition policy briefly outlining the EC's current approach to the antitrust assessment of sustainable cooperation agreements. In the paper the EC said it intends to provide guidance on sustainability cooperation agreements in the ongoing revisions of its guidelines on horizontal cooperation and vertical agreements. At this stage, the EC considered it important to clarify that there are various ways for companies to engage in sustainability initiatives without restricting competition in the meaning of Art 101(1) TFEU. The focus of the guidelines will therefore be on clarifying how sustainability benefits can already be taken into account in the assessment under Article 101(3) TFEU. Also, the EC considered that it would be useful to shed more light on where existing environmental regulation already incentivises companies to produce in a sustainable manner and therefore obviates the need for cooperation, and when such incentives are not sufficient to do so.

Efforts of the Austrian legislator

While the EU is obviously still in the starting blocks (and rather cautious about major legislative changes), Austria already seems to be ahead of the game in terms of legislation on sustainable cooperation agreements.

Just after the summer break, the Austrian legislator decided to explicitly include considerations regarding environmental sustainability into its competition law framework, adding the following wording to Section 2 (1) Cartel Act (the Austrian equivalent of Art 101 para 3 TFEU):

Consumers shall also be considered to be allowed a fair share of the resulting benefit if the improvement of the production or distribution of goods or the promotion of technical or economic progress contributes to an ecologically sustainable or climate-neutral economy.

In this context, environmental sustainability means in particular climate protection, sustainable use and protection of water resources, transition to a circular economy, protection and restoration of biodiversity and ecosystems. Any additional economic efficiency gains within the directly affected markets are not required. Moreover, with regard to consumer participation, benefits that will only accrue to future generations should also be taken into account. The climate crisis will, after all, take the lion's share of its victims in future generations. However, the contribution to an environmentally sustainable or climate-neutral economy must reach a certain level of intensity in order to be subject to the exemption. There is (rightly) criticism in this context that the new legislation does not contain any concrete information on the quantification of the environmental and public welfare objectives.

"With regard to consumer participation, benefits that will only accrue to future generations should also be taken into account. The climate crisis will, after all, take the lion's share of its victims in future generations."

For this reason, it is in any case advisable for companies to consult the Austrian competition authority if sustainability objectives are used to legitimise potentially restrictive agreements.

In the practice of most CEE-competition authorities, sustainable development and especially the issue of the Green Deal have so far remained widely untouched.2

A paradigm shift occurred in Hungary in October 2021 when the Hungarian Competition Authority ("HCA") approached the topic in a thoroughly progressive manner. As the host of the ICN Annual Conference, the HCA conducted a survey among competition authorities and non-governmental advisors on their experience concerning sustainability and competition law. The survey attracted huge international interest as this project assessed the aspects of sustainable development in competition law (focusing on restrictive agreements) at global level for the first time.

According to the report, sustainability considerations in competition law are not new, but the relevant, mostly European, case law is still limited. One of the major findings of the report was that competition law enforcement has a reasonable role to play in achieving sustainability objectives, however, responses suggested that this role should be played within certain limits.

For the time being, it remains to be seen which limits will (have to) actually be taken into account when it comes to a legally secure basis for sustainable cooperation agreements. What can already be said is that the topic of sustainability in antitrust law will remain an issue for some time to come.

1 The authors would like to thank the eu & competition department's CEE team heads and
co-heads Georgiana Bădescu, Claudia Bock, Galina Petkova, Srđana Petronijević, Anna
Turi, Dóra Balogh, Pawel Kulak, Tjaša Geč and Michal Lučivjanský for their input.
2 Nonetheless, similar to Art 101(3) TFEU, most of the national legal frameworks could in practice exempt sustainable cooperation agreements from the cartel prohibition if the agreement leads to an increase in efficiency with appropriate consumer participation. 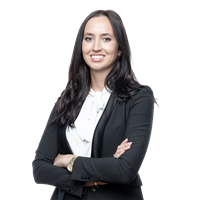