On 31 January 2017 the call for expression of interest for selecting a fund manager of the Pan-European Venture Capital Fund-of Funds closed; and tax incentives for venture capital and business angels are expected to be proposed in the course of 2017 to foster investment in SMEs and start-ups, close the funding gap and thereby remove obstacles to economic growth in Europe.

This Legal Insight is part of our dedicated newsletter series on the CMU. We will provide regular updates on CMU related topics. See also our further CMU related briefings "The EU Capital Markets Union – European Commission establishes expert group to develop strategy on sustainable finance" and "Protection of new and interim financings in restructuring? - The European Commission's proposal on early restructuring and second chance".

Key elements of the European Commission's Action Plan on Building a Capital Markets Union, launched in September 2015  ("CMU"), are now beginning to take shape. In autumn 2016 the European Commission ("Commission") called for certain CMU priority areas to be accelerated, such as supporting venture capital and equity investments in Europe. Improving access to financing, in particular for start-ups, SMEs, and young companies with innovative growth plans, is one of the key objectives of the CMU Action Plan. Historically, European SMEs have been primarily dependent on bank finance. This source of funding is however restricted by banks' refinancing capacity, risk appetite and capital adequacy – restrictions that the real economy has in particular experienced in the aftermath of the financial crisis. Alternative sources of finance, while having the potential to supplement bank lending for growing and innovative businesses, are relatively underdeveloped in the EU compared to the US.
Since launching the CMU Action Plan, considerable progress has been made and it looks like 2017 will see further activities to promote venture capital and equity financings in the European Union.

In its public consultation on the CMU mid-term review launched on 20 January 2017, the Commission states that "Good Progress has been made on the venture capital package of the CMU Action Plan" but that "other options could also be explored" given that "venture debt (…) is well developed in the US but is in its infancy in the EU." The aim of the consultation is to seek feedback on how the current CMU programme can be updated and completed so that it represents a strong policy framework for the development of capital markets, building on the initiatives that the Commission has presented so far, with results expected to be published in June 2017.

The cornerstones of the CMU Action Plan to stimulate private venture capital funding in the EU consist mainly of the following initiatives:

In summer 2016, the Commission proposed amendments to the EuVECA and the EuSEF regulations. The Commission had identified that the three main obstacles for investment in young and innovative companies (EuVECA) and enterprises aiming to achieve a positive social impact (EuSEF), are limitations on the type of fund manager, product rules and varying application of regulatory fees in Member States for marketing and managing funds covered by these two regulations.

Originally due for review in the course of 2017, the Commission decided to bring forward that review with the aim of removing any barriers which have so far held back development of EuVECA and EuSEF funds. These are now addressed in an amendment proposal agreed with the Council of the EU in December 2016 and propose the following changes to the current framework:

On 13 December 2016, the rapporteur of the ECON Committee published her draft report proposing amongst others the following amendments:

On 31 January 2017, amendments were tabled in the ECON Committee of the European Parliament. The vote in the ECON committee, 1st reading/single reading is now scheduled for 22 March 2017.

On 31 January 2017, the call for expression of interest from private sector asset managers interested in managing a fund-of-funds investing in European venture capital closed.

The Pan-European Venture Capital Fund-of-Funds programme of the Commission and the European Investment Fund ("EIF") aims to overcome market fragmentation of venture capital funds which so far typically operate in only one Member State, increase the size of venture capital funds in Europe, and attract additional private funding from institutional investors because 50 % of the investments must be sourced from private capital. Under this programme, the EU will provide seed investments of up to EUR 300 million in one or more independently managed individual venture capital fund-of-funds, up to a maximum budget of EUR 400 million for all fund-of-funds.
The Pan-European Venture Capital Fund-of-Funds is a targeted imitative to address Europe's equity gap and develop a European venture capital culture which is so far lagging behind its US counterpart. The idea is to create a fund that is sufficiently large to attract private sector institutional investment, e.g. from pension funds or insurance companies, who usually invest a minimum of EUR 100 million into venture capital (the average size of a venture capital fund in Europe currently being EUR 60 million compared to about EUR 120 million in the US).

17 applications were submitted by the deadline, promising feedback from the asset management industry. The Commission and EIF are currently assessing these applications and will subsequently select the respective promoters.

In parallel, in January 2016, the Commission launched a study on the effectiveness of tax incentives for venture capital and business angels, to assess how favourable tax treatment can contribute to increasing investment into SMEs and start-ups. In October 2016, a first workshop with Member state experts took place to exchange information on best practice in this area. A second workshop is scheduled for March 2017, the findings of which are expected to find their way into further legislative proposals by the Commission.

We will monitor those developments and will provide updates on areas of interest throughout 2017.

Boost your Start-Up with an Advisory Board - Points to consider 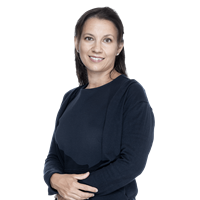