The fall of Agrokor - a partial history

Like any good crime novel, the fall of Agrokor had it all: the fallen hero turned villain, a looming public crisis, political intrigue and a packed storyline with many twists and turns. We have compiled a timeline with some of the most crucial events from this financial thriller.

February
Moody's downgrades Agrokor's rating from stable to negative due to uncertainties in Agrokor's credit profile. Agrokor bonds trading at around 29 % of their face value.

March
Russian VTB bank accuses Agrokor's management of falsifying financial statements. Moody's once again downgrades Agrokor's rating from B3 to Caa1 and the value of Agrokor bonds fall to 25 % of face value. Subsidiary bank accounts blocked, suppliers launch bankruptcy petitions against Konzum. Agrokor and its six biggest creditors conclude a "standstill" agreement. The government submits a bill to Parliament on extraordinary administration procedure in enterprises of systematic importance for the Republic of Croatia, popularly referred to as "Lex Agrokor".

August
A Serbian court of first instance rejects Agrokor's request to recognise the extraordinary administration procedure. ICC approves repayment of up to EUR 120 million of "old-debt" to suppliers

November
Full list of creditors published. Claims in the amount of HRK 41.23 billion are recognised. The first instance court in Bosnia and Herzegovina rejects Agrokor's request to recognise the extraordinary administration procedure.

December
Ivica Todorić files a proposal to the Constitutional Court in Zagreb to review the constitutionality of Lex Agrokor and a complaint against the Republic of Croatia to the European Commission for breaking the general principles of EU law. Ante Ramljak presents a draft of the Settlement Plan. Declining Agrokor's appeal, the appellate court in Bosnia and Herzegovina confirms the rejection of Agrokor's request to recognise the extraordinary administration procedure.

February
Commissioner Ramljak resigns after protests due to his high advisory fees and the engagement of his former consulting firm in Agrokor. The CEO of Tisak, Fabris Peruško, takes over.

March
Declining Agrokor's appeal, the Slovenian appellate court confirms the reversal of the recognition and the final rejection of Agrokor's request to recognise the extraordinary administration procedure.

May
The Constitutional Court states that Lex Agrokor is in line with the Constitution of the Republic of Croatia, as it was the government' obligation to eliminate the threat to the social system and the destabilization risk of the entire Croatian economy. The local portal publishes e-mail correspondence between the Deputy Prime Minister of the Government, Martina Dalić, and CEOs of private brokerage houses, consulting companies and law firms, implying their participation in the preparation of Lex Agrokor, casting doubt on the entire process ("Hotmail Affair").

July
Agrokor's creditors accept the Settlement Plan. The company's ownership structure is irreversibly changed. After months of negotiations with debtholders headed by a government-imposed rescue committee, Agrokor gains approval from more than two-thirds of its creditors, the legally required limit to enable the deal to go through. The Commercial Court in Zagreb issues a decision accepting the Settlement Plan reached by the majority of creditors' votes (80.20 %). Ninety-two appeals are submitted. 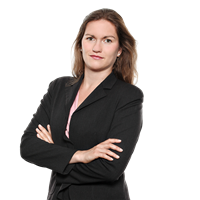