The future of the internet is now!

On 28 April 2022, more than 60 countries (including the EU Member States and the USA[1]) signed a new code of practice aimed at establishing principles and rules for the use of a trusted, secure and global internet. According to the White House's press release, the world finds itself in a trend of rising global authoritarianism, with some states interfering with elections, censoring the independent press and repressing freedom of expression.[2] The goals of the "Declaration for the future of the Internet" are quite ambitious, which is probably one of the reasons why this document is not legally binding. The declaration is intended to "promote connectivity, democracy, peace, the rule of law, sustainable development, and the enjoyment of human rights and fundamental freedoms", fair economic competition, freedom of expression and pluralism.[3] In a nutshell, this document reflects how democratic countries should deal with and govern the internet. But what exactly are its goals and will countries that lack democratic standards be compelled to adhere to the principles established?

The main parties in drafting the declaration were the EU and the USA. They worked together on a political statement that, according to them, should be used as a reference point for "public policy makers, as well as citizens, businesses, and civil society organizations".[4] From a European point of view, the declaration and its main goals fit perfectly in the EU's plans for Europe's Digital Decade. Therefore, many principles can already be found (if in parts slightly rephrased) in the European Commission's digital targets for 2030.[5]

Russia's ongoing war in Ukraine and the ever-present geopolitical tensions with China may have contributed to the publication of this document. According to Reuters and the NY Times, officials of the "Biden administration" explicitly mentioned those two countries when talking about "splinternet"[6] tendencies by authoritarian countries.[7] Official sources, however, do not of course specify the countries against which the declaration is to be directed but emphasise that the document is intended to target the behaviour of the signatories only.[8]

As the declaration is not legally binding but only to be understood as a political letter of intent (such as the Kyoto Protocol), its focus is mainly on stating priorities and general principles. This means that no immediate consequences or necessary courses of action are to be expected or needed from website operators, web shop owners or companies doing businesses on the internet (such as platform operators, etc.). However, the development of this topic should be monitored closely to be able to react quickly to possible legislative changes. In an overview, the most important principles are inter alia:

An interesting point to mention is that a few countries that signed the declaration still need to catch up with some of its principles themselves. For example Hungary, one of the rather reluctant signatories, spied on its own journalists in a 2021 surveillance operation with the help of "Pegasus", a surveillance program for governmental stakeholders developed and sold by Israel, another signatory of the declaration.[10] Colombia is also among the countries that signed the declaration and according to the FLIP (the Colombian Foundation for Press Freedom) the violence in digital environments against journalists almost doubled between 2019 and 2020, while 25 % of the attacks on journalists overall in Colombia are credited to public officials.[11]

A closer look at many declarations and statements, e.g. on climate and environmental protection, also shows that the mere declaration of intent is often not sufficient to actually bring about change.

In any case, it is encouraging that so many countries have signed this declaration of intent. The fact that some states whose processes could demonstrate greater transparency and more democratic elements are among the signatories is also to be welcomed. In this way, they can be even better guided by other signatories and, if necessary, supported by them. On the other hand, countries that already seek to "splinter" the internet will not let this declaration prevent them from continuing to engage in surveillance and repression.

As the declaration focuses on larger goals and principles, as of now no direct consequences will arise from it for business owners or private individuals. The legislators of the signatories, on the other hand, are required to measure the design and the content of future regulations also against this declaration.

[1]     All signatories (apart from EU Member States and the USA) can be found here: https://digital-strategy.ec.europa.eu/en/library/declaration-future-internet.

[3]     Declaration for the future of the Internet, accessible at https://digital-strategy.ec.europa.eu/en/library/declaration-future-internet (accessed on 14 May 2022).

[6]     The "Splinternet" describes the effect of dividing the internet into several parts and regulating who is permitted to use what part; mainly along national, commercial, political or technological lines.

[9]     Factsheet of the European Commission

[11]    Journalist safety in Colombia and monitoring of the 2021 National Voluntary Report, https://www.freepressunlimited.org/sites/default/files/documents/FLIP_Report_Colombia.pdf (accessed on 16 May 2022). 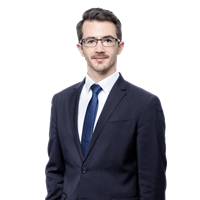