The Reference Mechanism in the EU-UK Withdrawal Agreement: Innovative or Simply Pragmatic?

In early September 2020, the United Kingdom (‘UK’) Secretary of State for Northern Ireland, Brandon Lewis, conceded in no uncertain terms that the UK Internal Market Bill would violate public international law, albeit only in “a very specific and limited way“.

This immediately caused controversy, to put it mildly. The EU Commission did not take long to react, stating that it would “not be shy” in using the dispute resolution mechanism under the EU-UK Withdrawal Agreement. The UK’s advertised breach of public international law has many facets. However, it also brings to the fore a dispute resolution mechanism with remarkable traits, which contemplates a direct dialogue between an arbitration tribunal and the Court of Justice of the European Union (‘CJEU’).

The particulars of the arbitration clause alone would not give much reason for discussion. Yet the arbitration panel is not the exclusive arbiter for disputes between the EU and UK under the Withdrawal Agreement. A quandary for the EU Commission during the negotiations must have been to devise a dispute resolution mechanism that does not call into question the CJEU’s prerogative under the EU treaties to interpret EU law and the EU’s autonomy. Indeed, paragraph 17 of the Council’s 22 May 2017 Directives for the negotiation of the Withdrawal Agreement bears testament to this, stating that any dispute settlement mechanism shall “fully respect the autonomy of the Union and of its legal order, including the role of the Court of Justice of the European Union“. The most straightforward option would have been to confer jurisdiction on the CJEU. Indeed, this was the approach adopted under the first draft of the Withdrawal Agreement first draft of the Withdrawal Agreement. But entrusting the CJEU with full and exclusive jurisdiction was no option for the UK. After all, terminating the CJEU’s jurisdiction has persistently been among the key priorities under the “taking back control” theme commonly invoked by UK politicians. As such, agreeing to the CJEU’s exclusive jurisdiction perhaps would have been hard to sell to the UK electorate.

At first blush, the reference scheme in the Withdrawal Agreement looks outstanding. Yet, it is no novelty for the EU. Indeed, the reference mechanism in the Withdrawal Agreement resembles reference models in some association agreements concluded between the EU and former Soviet states (see, e.g., Article 403 of the EU-Moldova Association Agreement). More broadly, too, dispute resolution clauses contemplating a reference from an arbitral tribunal to a permanent court exist, at least in theory. Section 5 of Part XI of the 1982 Law of the Sea Convention (‘LOSC’) provides a system for settling disputes relating to mining in the international seabed area. Article 188(2) of the LOSC directs that disputes concerning the interpretation or application of contracts governing activity in the seabed area may be submitted to arbitration under the UNCITRAL rules. The key element of Article 188(2) of the LOSC is that the arbitral tribunal shall refer questions on the interpretation and application of the LOSC to the Seabed Disputes Chamber for a binding decision.

Issues of EU Law and the Withdrawal Agreement

Considering the numerous references to EU law, it is likely that a dispute under the Withdrawal Agreement will give rise to questions on the proper interpretation and application of EU law. For instance, if the UK adopts a subsidy program that includes support for Northern Ireland business the issue would be if the respective measures comply with EU state aid rules, as interpreted by the CJEU. However, the need for a reference would perhaps less likely arise in case that the current disagreement over UK’s Internal Market Bill is brought before an arbitration panel. The language of Article 174(1) of the Withdrawal Agreement follows that of Article 267 of the Treaty on the Functioning of the European Union (‘TFEU’). Under the Article 267 TFEU system, courts of last instance are required to make a reference, unless “the correct application of EU law is so obvious as to leave no scope for any reasonable doubt” (C-416/17). Given the comparable texts of Article 267 TFEU and Article 174(1) of the Withdrawal Agreement, an arbitration panel may take the view that it need not make a reference where one of the parties publicly concedes a breach of the Withdrawal Agreement and the correct application of EU law leaves no scope for any reasonable doubt in the circumstances.

Reference mechanisms in dispute resolution clauses embodied in international treaties are a rare feature and mostly untested where they exist. For the EU institutions, however, the reference mechanism appears to offer a pragmatic solution where a contracting party is unwilling to accept the exclusive jurisdiction of the CJEU. A testament to this pragmatism are the Council’s 25 February 2020 Directives for the negotiation of a new partnership agreement with the UK. Thereunder, disputes over the new partnership agreement shall be referred to an arbitration panel; however, should “a dispute raise a question of interpretation of Union law […] the arbitration panel should refer the question to the CJEU as the sole arbiter of Union law, for a binding ruling”. True, some extra-EU contracting states might be loath to accept the CJEU’s involvement at all, even if only via a reference mechanism. But there are many areas where a direct dialogue between arbitral tribunals and the CJEU might have the benefit of reconciling diverging interests, if only in the area of future investment protection in the EU single market.

This article was first published on KAB. 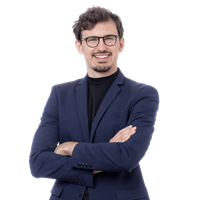