The Restructuring Directive: Where do we go from here?

Pre-insolvency restructuring frameworks: The race has begun – with some early front runners

Slovenia: A role model?
Slovenia adopted a preventive restructuring ("PR") regime back in 2013, during the peak of the restructuring activity following the 2008 financial crisis. The key driver behind its implementation was the fact that only insolvent corporations had recourse to restructuring measures. On the one hand, this was seen as too late in the process. On the other, corporations were reluctant do declare insolvency for fear of bringing about a self-fulfilling prophecy.
The Slovenian PR provides for all the key elements featured in the Directive: (i) the opening of the PR will result in a statutory standstill / execution holiday; (ii) the financial restructuring agreement ("FRA"), if agreed to by the requisite majority, will affect dissenting creditors (cramdown); (iii) the parties are free to shape the FRA as they deem fit, while the court review – required for the FRA to become binding – is confined to formalities; and (iv) new financing extended to the debtor in the context of the PR enjoys statutory super seniority.
Since its inception, the PR has been widely accepted by the Slovenian restructuring community and has, by and large, replaced out-of-court arrangements as the default route in an illiquidity-based restructuring scenario. Notable exceptions are (i) situations where stakeholders require confidentiality (the opening of the PR is made public) and (ii) scenarios with strong cross-border elements (due to enforceability question marks), although the latter is less of a concern recently as the PR has been included in Annex A of the EU Insolvency Regulation.

Poland: Flexibility rules
In mid-2015, Poland enacted a new restructuring law ("RL") providing for a comprehensive preventive restructuring framework and significantly revamping the previous insolvency regime. The RL entered into force on 1 January 2016 and since then has been available to distressed debtors (insolvent or at risk of becoming insolvent). Since its inception, the RL has been used with increasing frequency by debtors of all shapes and sizes, including publicly traded companies, wishing to restructure their debts and seeking a fresh start to their businesses.
The Polish RL introduces a modern and efficient restructuring framework with four different restructuring procedures available to debtors. Although some changes in the RL will be required to bring it fully into compliance with the Restructuring Directive, the RL already provides for all of the important features of the Directive, including debtor-in-possession, automatic stay of enforcement proceedings, group voting and cross-class cramdown.
Of particular note is that the Polish RL is a flexible and debtor-friendly law. This is exemplified, for instance, by majority requirements related to the adoption of the arrangement as well as the possibility of group voting and cross-class cramdown. Debtors have significant leeway in dividing creditors into groups, which allows them to offer different proposals to different classes of creditors and leaves them strategic room for manoeuvre when building creditors' support for the arrangement. It is also relatively easy for debtors to override the opposition of dissenting group(s) of creditors by implementing the cross-class cramdown rules.

Slovakia: The well-experienced
Slovakia adopted a comprehensive restructuring regime in 2005 as part of the Slovak Act on Bankruptcy and Restructuring, but to some extent it has been available to debtors even earlier.
From the very beginning, the Slovak restructuring regime was progressive and extremely debtor friendly, providing restructuring proceedings for debtors who are (only) under threat of material insolvency. To wit, it allowed for (i) restructuring proceedings to result in standstill of all court and arbitration proceedings and termination of all enforcement proceedings; (ii) the restructuring plan, if agreed by the requisite majority and debtor groups, to be binding also for dissenting creditors (cramdown); (iii) the restructuring trustee to be chosen by the debtor; (iv) the restructuring plan to be proposed and drafted by the debtor, who is relatively free to shape it while the court is very limited in its ability to refuse the plan; and (iv) the statutory super seniority of new financing extended to the debtor in the context of restructuring.
The almost 15 years of the restructuring regime had several success stories but also demonstrated the creativity of some entrepreneurs in discovering how this otherwise good tool can be misused, for example, by going through several restructurings in a row or by offering unsecured creditors 3 % satisfaction of their receivables. This forced the government to introduce several changes in 2015 and 2017. A new limit on restructurings was introduced, under which a new restructuring is now possible only if the preceding one was completed at least two years ago (which is still very debtor friendly), while restructuring trustees are now chosen by the court. A provision prohibiting the court from approving the plan if it envisages less than 50 % satisfaction of unsecured creditors within five years (unless they agree in writing) and prohibiting the distribution of profit until unsecured debtors are satisfied in full had a major impact. This led to a significant decrease in restructuring proceedings, from 115 permitted restructurings in 2014 to 14 in 2018. It remains to be seen how the implementation of the Restructuring Directive in other countries or the expected crisis will impact the current rules and whether they will be softened again. 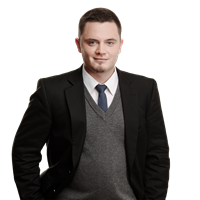 Partner in cooperation with Schoenherr