The year 2020 will no doubt be remembered for COVID-19. The pandemic has shaken our societies and profoundly affected our lives.

It has wrought financial havoc, forcing governments and policymakers to look for and implement unorthodox solutions to save the economy, businesses and jobs. Many states swiftly introduced extraordinary legal measures, including in the area of restructuring and insolvency, designed to alleviate the financial burden of cash-strapped but otherwise healthy businesses and allow them to survive. In Poland, one such measure that has the potential to significantly amend the debt restructuring framework is the simplified restructuring proceeding ("SRP").

The main features and advantages of the SRP are as follows:

A temporary measure (or maybe not?)

The SRP has been structured as a temporary solution. The currently binding law assumes that debtors may initiate the SRP not later than on 30 June 2021. Debtors facing financial difficulties should keep this date in mind, as the SRP provides them with a flexible out-of-court restructuring tool. It is no exaggeration to state that the SRP would be the restructuring proceeding of choice for the vast majority of distressed businesses today. But given its clear advantages and expected popularity, the SRP ultimately may become a permanent solution. 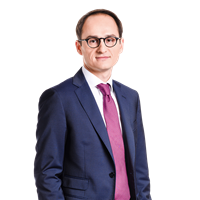