The winner takes it all? - Enforcement of EUIPO cost decisions

Imagine you won. You were defending your trademark or design before the European Union Intellectual Property Office (EUIPO) and won an opposition or cancellation proceeding against another intellectual property right holder. Not only has the office decided on the merits in your favour, it also awarded you costs. How can you get that cost reimbursement if the losing party does not voluntarily pay?

A EUIPO cost award must be enforced in the Member State with jurisdiction in the relevant territory and is governed by national law. It requires the following steps: 1. Direct yourself to the competent national authority. 2. Request verification of the authenticity of the EUIPO cost decision. 3. Initiate enforcement proceedings.

If the headline of this article made you hum the ABBA song bearing the same title, you might have also thought of the verse: "It's simple and it's plain. Why should I complain?". In the context of enforcing a EUIPO cost decision, there are indeed some issues to complain about.

Where to go?In some EU Member States even step 1 ("Direct yourself to the competent national authority") can be difficult. Although the EU Trademark Regulation (EUTMR) obliges all Member States to appoint a single national authority competent for verifying the authenticity of EUIPO decisions, less than half of them did so. Only 13 Member States assigned that task to specific courts, their intellectual property office or other authorities (see Table 1). The other 15 Member States have yet to appoint a competent authority. In the CEE region only Slovakia and the Czech Republic have done so.
Provided the request for verification was sent to an authority which is competent i) either by formal designation or ii) in lack of such, at least deems itself to be competent due to national practice, the authority will examine whether the formal requirements set out by national law (e.g. translations, fees, obligation of representation) are met. It will then verify the authenticity of the EUIPO decision by appending an enforcement order to the decision. This means you successfully completed the first two steps. Now you may proceed to enforcement under the national procedure, which incurs official fees and usually also fees for legal representation.

Is it worth it?Overall, the costs for enforcement are relatively high compared to the low amount of costs awarded in EUIPO decisions (see Table 2).

To address this problem, a security for costs by way of an obligatory payment of the parties was proposed in the legislative process, but it was finally not incorporated in EU trademark law.

Conclusion: The winner does not always take it all when it comes to EUIPO decisions. In many cases the costs for enforcing the cost award exceed the amount of money awarded by the EUIPO. Thus, it may not be worth enforcing EUIPO cost awards; even more so if enforcement needs to be sought in a jurisdiction outside the EU. 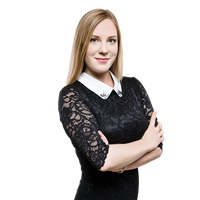