There is a wide range of third-party funding models, and new models continue to enter the market. Third-party funding in international arbitration can broadly be described as a party to an imminent or a pending dispute being provided with funds or other material support in order to finance part or all of the costs of the proceedings (e.g. legal fees, out-of-pocket costs, expert fees, arbitrator fees, etc.). This financing or support is provided in exchange for an agreed return: usually dependent on the outcome of the dispute, or provided in return for a premium payment. Depending on the agreement between the third-party funder and the funded party, even payment of the opposing party's adverse costs (if so ordered by a tribunal), or the provision of security for the opposing party's costs may form part of the deal.

What factors determine whether a case receives third-party funding?
With new funding products being developed and made available to the world of dispute resolution, third-party funding may be used in a greater variety of cases and situations. Certain factors are worth considering when identifying a case suitable for third-party funding:
• claimant: predictably, the key recipients of third-party funding are claimants. Their cases usually involve damages, and the return for third-party funders is structured as a percentage of the amount recovered in damages or settlement. While respondents, too, see a growing number of funded cases, it is mostly respondents with a counter-claim who attract third-party funding;
• quantum: the quantum of the claim generally plays a significant role when assessing a (single) case for potential third-party funding. While some third-party funders specialise in funding cases with smaller amounts in dispute, cases of EUR 10 million or above are more likely to receive third-party funding;
• case assessment: each third-party funder has a different approach and decision-making process, but it is safe to say that all funders apply some kind of case assessment to evaluate the funding opportunity, by evaluating the prospects of the case's merits, the amount in dispute, any jurisdictional particularities, chances of enforcement etc. Some cases will lead to a thorough due diligence check before a funding commitment is made;
• respondent: respondents in arbitrations, too, will be on the funder's radar, seeing as an award rendered by a tribunal should ultimately be satisfied A respondent's ability to pay for the award and the costs of the proceedings, as well as the location of its assets for a potential enforcement, are key information for a funder. This is true especially in investment arbitration and the respective state's willingness to pay.

What are the advantages of third-party funding?
International arbitration can be a cost-intensive endeavour. This is true especially for investment arbitration proceedings and complex international commercial arbitrations.
Efficient handling and experienced counsel may bring about considerable savings; but it is often third-party that gives a claimant the necessary means to pursue its claim, and thereby access to justice. Other claimants use third-party funding as a tool for hedging risks, or as a means of external financing This enables them to invest their own funds in other projects.
Third-party funders perform a case assessment, or even a detailed due diligence, before deciding whether to fund a particular case. Depending on the depth of this evaluation, the process also shows a claimant whether it has a strong case, or whether it should perhaps refrain from initiating legal proceedings after all.
This high level of due diligence pays off if a case turns out to be strong, the claimant is successful in the arbitration and the third-party funder receives its portion of the award.

The third-party funding debate in international arbitration
The increasing popularity of third-party funding in international arbitration over recent years has led to discussions regarding the potential issues and concerns associated therewith.
The challenges and risks that come with third-party funding include, among others, conflicts of interest (e.g. with arbitrators who may have interest in the funder's business, or act as counsel in another case funded by the same funder), disclosure of the funding agreement (e.g. to prevent conflicts), allocation and security for costs (although a funding agreement does not automatically mean the party is impecunious), and regulation of third-party funding in general.
A detailed analysis of each of these concerns goes beyond the constraints of this article, our colleagues Hristina Todorović and Sebastian Lukić take a closer look at conflicts of interest and the disclosure of funding agreements in their article on pages 47 and 48. 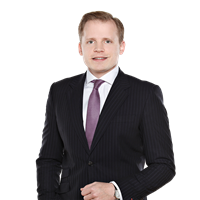