One of the Anti-Tax Avoidance Directive (ATAD) measures involves the reallocation of income of Controlled Foreign Companies (CFC) in low-tax jurisdictions to the parent company. The new Austrian CFC rules came into force on 1 January 2019. On 25 January 2019, the Austrian government published a Regulation on the application of these CFC rules. This article provides a practical overview of the Austrian CFC rules.

CFC in a low-tax jurisdiction
The CFC rules provide for the reallocation of non-distributed passive income of a foreign subsidiary or a foreign permanent establishment to its Austrian parent company if the foreign entity can be classified as a CFC. Companies can be classified as a CFC if the parent company of the foreign entity, either directly or together with associated enterprises, holds a direct or indirect participation of more than 50 % of the voting rights or directly or indirectly owns more than 50 % of the capital or is entitled to receive more than 50 % of the profits of that entity. Under certain conditions, financial undertakings are exempted from the CFC rules.

Furthermore, for the CFC rules to apply, the following conditions must be met:

The CFC rules will not apply if the subsidiary carries on a substantive economic activity supported by staff, equipment, assets and
premises, which must be proven by the parent company.

Income reallocation
If the aforementioned conditions are met, the non-distributed passive income of the CFC will be added to the taxable base of the parent company. If there are multiple associated enterprises controlling this foreign entity, the non-distributed passive income must be distributed in proportion to the participation in the nominal capital of the subsidiary. However, if the rights to the CFC's profit are not aligned with participation in the nominal capital, the proportionate claim to the profits will be decisive. 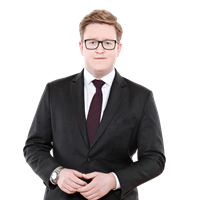