Transparency of Austrian cost agreements in endowment policies: where to from here?

In 2007/2008, the Austrian Supreme Court dealt with the lack of transparency of cost agreements in "old" endowment life insurance policies concluded before 2006.

Because the issue was raised in collective proceedings, the consequences for individual proceedings were not addressed. Nor did the court address how a gap created by the lack of transparency, if any, should be filled.

What does the law say?

Article 5 of Directive 93/13/EEC stipulates the requirement for transparency of terms: "In the case of contracts where all or certain terms offered to the consumer are in writing, these terms must always be drafted in plain, intelligible language."

While Article 6 of Directive 93/13/EEC provides that unfair terms are not binding on the consumer, the legal consequences of terms that lack transparency are determined exclusively by national law. Therefore, the increasingly strict case law of the European Court of Justice ("ECJ") on unfair terms (see ECJ C-229/19 – Dexia Nederland) does not apply. Rather, the consequences of terms that lack transparency must be assessed under Austrian law.

"Under Austrian law, it is questionable whether the lack of transparency of an agreement on costs in life insurance creates a gap at all."

Under Austrian law, it is questionable whether the lack of transparency of an agreement on costs in life insurance creates a gap at all. The mandatory rule set out in Section 176 (3) of the Austrian Insurance Contract Act explicitly refers to the actuarial bases used for calculating scales of premiums and technical provisions submitted to the Austrian Financial Market Authority pursuant to Article 92 of the Austrian Insurance Supervision Act when calculating surrender values. These actuarial bases also include costs.

In 2010 the Higher Regional Court of Vienna argued differently, but with the same result: The weighing of the interests of reasonable parties should lead to the assumption that the costs associated with the insurance contract can in any case be passed on to the policyholder. Ultimately, it is up to an expert witness in a court trial to determine what constitutes "market" and therefore "appropriate remuneration" for an insurance contract, whereby public law requirements have to be taken into account.

Endowment policies concluded after 2006 took the Austrian Supreme Court judgments of 2007/2008 into account and are not affected by the issues raised therein.

While Directive 93/13/EEC stipulates the legal consequences for unfair terms (i.e. they are not binding on the consumer), the legal consequences of non-transparent terms are subject to national law. For Austrian endowment life policies this means that even if cost agreements in insurance contracts are deemed to be non-transparent, the calculation in the insurer's actuarial bases used for calculating scales of premiums and technical provisions should apply pursuant to the mandatory provision on surrender values. 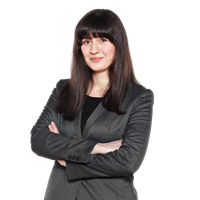