Unbundling of the hydrogen sector: A Commission proposal in breach of EU law

This legal insight was co-authored by Oliver Elbling from Wagner, Elbling & Company. 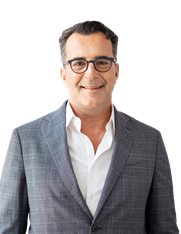 Late last year, the European Commission ("EC") adopted a legislative package on hydrogen and decarbonised gas, which includes a proposal for a Directive on Common Rules for Internal Markets in Renewable and Natural Gases and in Hydrogen ("Draft Gas Directive"). On 9 September 2022, the EC published a revised version of this directive, the key objective of which is to regulate hydrogen as an independent energy carrier.

The proposed regulation comes along with very bad news for vertically integrated natural gas undertakings that are about to repurpose their existing natural gas pipelines for the transport of pure hydrogen: one year after the expiration of the deadline to transpose the Draft Gas Directive, hydrogen network operators will no longer be allowed to be vertically integrated and will need to comply with the strict rules of ownership unbundling as established for gas transmission operators in the Gas Directive.

Why has the EC voted for such strict unbundling rules?

Breach of the EU Constitution

Since it is evident that the ITO model interferes significantly less with existing rights of network operators than the ownership unbundling model, the EC's proposal is in breach of the Constitution of the European Union and violates the fundamental rights of vertically integrated gas undertakings.

The principles of subsidiarity and proportionality enshrined in EU constitutional law (Art 5 paras 3 and 4 TFEU) prescribe a limitation of the legislative and regulatory competence of the EU. They essentially say that the EU may only adopt laws and regulations if an EU-wide harmonisation is deemed necessary to achieve the Union's policy goals. The principle of subsidiarity is violated if the EU restricts the scope of legal decision-making of EU Member States, although, from a policy perspective, there is no strict need for such restriction. The proposed unbundling model is not in line with the principle of subsidiarity, since it requires Member States to implement the ownership unbundling model and does not grant them any discretion regarding alternative unbundling models, such as the ITO model, which is available, successfully tested, and just as effective as the ownership unbundling model.

There is no reason to assume that the unbundling goals for the hydrogen sector cannot be achieved by the ITO model. On the contrary, although the potential for conflicts of interest in the established electricity and natural gas markets was considerably higher than in the nascent hydrogen sector, it has been proven and confirmed by the EC that the ITO model is equally effective and therefore perfectly suitable to achieve the unbundling goals. Against this background, there is no objective reason to restrict the Member States' right to implement the ITO model for hydrogen.

Furthermore, EU legislative bodies are obliged to design regulations in adherence to the principle of proportionality. They need to allow for regulatory options which interfere significantly less with existing rights of network operators, especially when these options are equally suitable to achieve the policy goals pursued. The EC's proposal disregards the possibility of introducing the ITO model as an alternative to the unbundling model for the hydrogen sector, although it has been confirmed that it is just as effective as the ownership unbundling model and causes significantly less interference with existing (fundamental) rights of network operators. The principle of proportionality is therefore violated.

If the planned ownership unbundling model were to enter into force, it would be at risk of legal challenge on various levels. On the one hand, the individual Member States can claim infringement of the principles of subsidiarity and proportionality before the European Court of Justice. They can attack the proposed new Gas Directive by means of an appeal for annulment. Contrastingly, gas transmission system operators and their owners would be able (and economically compelled) to appeal against the unbundling rules after their transposition into national law. We believe that the chances of success for such appeals are high. In any case, until a court decision is reached, the natural gas and (nascent) hydrogen market will face legal uncertainty, which would undermine the objective of quickly developing a European hydrogen network infrastructure. At the same time, the risk of such a delay could simply be prevented by applying the unbundling rules which have been established and successfully implemented for the natural gas and electricity sectors.