Q: Tell us a bit about who you are and what Calle Libre is.
A: My name is Jakob Kattner, I am an independent curator, musician, and the creative mastermind behind the Street Art Festival "Calle Libre" in Vienna (www.callelibre.at).

How would you define street art, and when did it become popular in Vienna?
It is quite difficult to define street art as there is a very thin line to its related art forms – graffiti and urban art. I think you could say it is a (sometimes illegal) form of appropriation within the public space, using it for art production in any form. It doesn’t have to be letter-based but could also be portraits, figurative depictions, posters, 3D objects, installations, adbusting.

Please give us some insight into Zësar Bahamonte's piece featured in this year's roadmap.
You can easily recognise the work of Zësar. His expressive colours and the depiction of his unique characters make him an outstanding representative of the Spanish street art scene. Not only does he design imagery for T-Shirt collections and limited screen-print editions, but also works on exhibitions. Oscillating between Uruguay and Spain, he often travels to participate in festivals. On his wall at Ludwig Hirsch Park, he has painted an homage to Gustav Klimt and Egon Schiele depicting two figures s simulating Schiele himself with one of Klimt´s muses.

What can you tell us about the development of street art in CEE?
I haven´t been in the CEE countries that much yet, but I know that they have a very big and strong scene. It is of course massively influenced by the socialist regime and sometimes references old socialist realism.
Right now, we are planning a project in Kiev and I think there is a lot of potential for commenting on socially relevant situations through art, like the current crisis in the Ukraine.

What are the rules in place between street artists as far as where and when they can paint?
There are some unwritten rules that all street artists know, but this doesn’t mean they all follow the rules. Normally you are not allowed to paint over someone's painting. Except in the instance where a person paints over your art work, then you are basically allowed to repaint over the art covering your initial work, and you are also allowed to paint over other paintings by this same person. If you want to paint over an older piece, you always have to ask the artist, or be a better artist than he is.

Do street artists usually release their work to the public domain, or do they enforce their copyright when the work is used by others (e.g. as a background for promotion photos)?
There are many Street Artists nowadays who release their artworks through social media or digital platforms. Often the artworks have a short longevity therefore through digital outlets they can be conserved and documented for the future.
I know of a case where a famous international fashion company used a graffiti backdrop for one of their advertisements and were sued by the painter and were ordered to pay him damages. Street Art is often used for promotional use by companies, sometimes even ripping off existing designs from streets. I guess sometimes artists don´t even know about it.

Murals have broadened the public's access to art. What does Calle Libre have in store for us this year?
In 2019 we will have the involvement of artists from CEE, of course there will be many Live Paintings throughout the city, workshops, film screenings and a Guided Street Art Tour. For the first time we will present a book showing the best Street Art walls from the last five years.

Thank you for the interview. 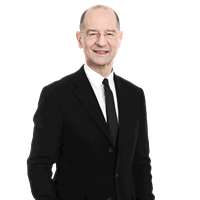