Will the COVID-19 pandemic ramp up Romania's green ambitions?

The unprecedented economic crisis caused by the COVID-19 pandemic is severely impacting the electricity sector, with demand falling as much as 20 % in certain cases, according to data published by the International Energy Agency (IEA).

Renewables ("RES") seem to be the energy source most resilient to pandemic-related lockdown measures, also due to the priority dispatch regime green energy enjoys in certain jurisdictions, as per the IEA's Global Energy Review 2020. According to figures from fDi Markets, the COVID-19 outbreak encouraged a surge in investments in renewables, investors announcing USD 23.3bln going into RES projects in Q1 2020.

How is Romania gearing up for new investments in renewable capacities? To answer this question, we need to look at the country's background.

Like other CEE jurisdictions, the country has had a tumultuous relationship with renewables. What started as a success story, with thousands of MW installed in wind and solar in a short timeframe, ended up in aggressive support cuts, insolvencies and, eventually, investment arbitrations.

Over the past years, the appetite for new developments in the sector has decreased. Investors have mainly focused on damage control and optimisation, with little M&A activity and literally no greenfield developments.

Having reached the 2020 RES target comfortably ahead of time, the Romanian Government has encouraged this passivity, concentrating on containing the effects of the overgenerous RES support scheme implemented back in 2008 – 2011.

Against this background, Romania is called to implement the Clean energy for all Europeans package (in force as of 2018 – 2019), an upgrade of the EU energy policy framework to facilitate the transition away from fossil fuels towards cleaner energy. One of the key objectives consists in an ambitious, binding target of 32 % renewable energy sources in the EU's energy mix to be met by 2030.

Although a clearly articulated governmental strategy is missing at this point, there is growing interest for further RES developments on the Romanian market.

Legal changes that could drive the new cycle of RES developments

The green certificates incentives scheme – which drove the Romanian RES boom – applied to projects commissioned into operation by 31 December 2016. Currently, there is no support scheme for new-built projects, but Romania is working towards implementing a new scheme.

In spring 2019, the Romanian Government announced the intention to implement a new mechanism for supporting low-carbon electricity generation (essentially, renewables and nuclear) in the form of a CfD scheme. To take this initiative further, the EBRD has recently launched a tender for consultancy services for the implementation of a CfD support scheme in Romania. The CfD scheme could be operational within roughly two years, as state aid clearance by the European Commission will be required.

In the pre-COVID-19 age, developers and investors seemed prepared to rely only on the electricity market price for future developments, without considering incentives schemes, which were perceived as highly risky and uncertain. But with electricity prices and demand falling sharply due to the pandemic, the need for government support and incentives is greater than ever.

As a unique feature of the local energy market, over-the-counter power purchase agreements were banned back in 2012. All wholesale transactions have been running (with limited exceptions) on the spot and forward platforms of the centralised market (OPCOM).

This restriction affects the bankability of new RES investments, in particular if relying exclusively on the cash flow generated by the sale of power in the market.

Regulation (EU) 2019/943 on the internal market for electricity (effective as of 1 January 2020) requires Member States to enable over-the-counter negotiation of long-term electricity contracts as protection against price volatility. After some debate, the Romanian regulator, ANRE, has recently confirmed that long-term supply contracts (which include wholesale contracts according to the definition in the Regulation) may be freely negotiated, outside the centralised market. ANRE clarified that "long-term" contracts are contracts with delivery periods of more than one year.

The Romanian Government does not seem to fully concur with the national regulator's view in what concerns the impact of Regulation (EU) 2019/943 on the prohibition to trade electricity over-the-counter. To spur investments in the electricity sector, the Government has amended the Energy Act by way of Government Emergency Ordinance No. 74/2020 to allow for over-the-counter negotiated bilateral contracts only for new investments that go online after 1 June 2020.

By lifting the ban on over-the-counter power purchase agreements for new investments, the renewable energy sector becomes more attractive to investors and facilitates financing, as PPAs provide long-term certainty and visibility of the project income stream.

While this change brings much needed flexibility, it does not give full effect to Regulation (EU) 2019/943, as existing powerplants will continue to be banned from over-the-counter trading.

Although debatable from a legal standpoint, this clearly signals that the Romanian Government believes that the over-the-counter ban regulated under the Energy Act is not directly amended by Regulation (EU) 2019/943, an explicit amendment of the Energy Act being required.

ESG (Environmental, Social and Governance) is becoming an increasingly important screening metric for investors looking for responsible and sustainable companies. The use of electricity from renewable energy sources or investments in renewables generation assets are among the key performance indicators for ESG.

Corporations are increasingly interested in green energy supply, including by entering into corporate power purchase agreements, a concept yet to be tested by the Romanian market. This trend will also be a growth driver for the renewable energy sector.

Powering-up for the post-pandemic age

Past lessons learned have made investors more cautious when considering the Romanian RES sector. Also, the realities of the post-pandemic age call for new solutions, where state intervention and the need for incentives are stronger than ever.

A robust CfD system could prove to be an effective solution for Romania, but only if it manages to provide long-term stability. The lifting of the ban on over-the-counter trading for new investments is a welcome development, enabling investors to enter into long-term PPAs already in the development phase.

With recent legislative developments, Romania seems to be getting ready to embark on a new RES journey. This new storyline is starting to raise enthusiasm on the market, but it remains to be seen if the appetite for green investments is preserved in the aftermath of the pandemic. 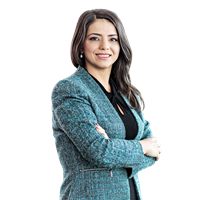