The Austrian Insolvency Code provides for the possibility to challenge certain disadvantageous transactions carried out by the debtor after material insolvency has occurred, especially if the creditor knew or should have known of its debtor's material insolvency.

This risk of legal actions being contested is of particularly high relevance for shareholders who are also creditors of the debtor company, as the Austrian Supreme Court recently decided that shareholders' information rights would result in an increased level of due diligence. The decision also imposes an additional risk for start-up equity incentive programmes.

Material insolvency has occurred when an entity is illiquid (zahlungsunfähig) or over-indebted (insolvenzrechtlich überschuldet) in terms of Austrian insolvency law. According to the Austrian Insolvency Code, disadvantageous transactions carried out by the debtor after becoming materially insolvent can be challenged under certain conditions. In particular, the insolvency administrator is entitled to challenge such adverse transactions if the counterpart knew or should have known of the debtor's material insolvency.

This leads to the obligation of the creditor to perform investigations on its debtor's financial soundness if there are indications of poor financial health. In which situations a creditor is obliged to perform such investigations on the debtor's material insolvency and to what extent is to be assessed on a case-by-case basis. However, already slight negligence relating to this duty of care leads to a risk of contestation.

The level of duty of care regarding such investigations highly depends on the creditor's actual ability to retrieve information on the financial status of its debtor. Thus, investigation obligations of certain major creditors, like the debtor's main bank or the social insurance agency, are generally higher compared to other creditors according to present case law as such creditors usually have access to detailed information on the debtor's financial situation and adequate resources to monitor its creditworthiness.

Against this background, the Austrian Supreme Court recently had to decide on the level of duty of care and investigation obligations of a minority shareholder of an Austrian limited liability company (GmbH) who received payments under a (terminated) employment contract at a time when the company was already materially insolvent.

In a nutshell, the minority shareholder was de facto an employee and received the share as a mere bonus for good work (a typical scenario in the start-up world). Further, there were indications of the company being in a poor financial situation when the employee received said payments. Thus, one of the legal questions at hand was whether negligent ignorance regarding material insolvency of the company can be attributed to the employee.

The Austrian Supreme Court ruled that whether a creditor acted negligently or not, is to be assessed by considering (i) the means of information available, (ii) the degree to which it may reasonably be expected to make use of them and (iii) the adequacy of their evaluation. Although recognising that the employee is not a major creditor, the court ruled that the possibility to demand information from the company according to the employee's existing shareholder rights and the omission to make use of this rights is to be regarded as negligent ignorance. The payments where thus successfully contested.

In particular, existing contractual or statutory information rights need to be assessed and exercised in due time and manner. By not exercising such information rights in a situation with indications of material insolvency of a debtor, creditors expose themselves to contestation risks. Therefore, when entering into agreements granting comprehensive information rights, creditors should also bear in mind that these rights may increase their level of duty of care regarding their investigation obligations.

Start-ups should be aware that the decision imposes an (additional) risk on equity incentive programmes (often referred to as "ESOP"): the risk exists whenever a start-up grants share participation to its founders and other (key) employees as an incentive. The risk could be avoided (while maintaining the same positive aspects of a share-based incentive programme) by using an equity incentive programme that is based on equity participation rights (Substanzgenussrechte) rather than shares. Schoenherr has been a pioneer in that respect by developing such a programme for a leading VC fund in Austria – we are happy to tell you more about this.

Austria: Responsibility to investigate - an update on avoidance risks 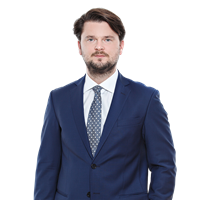