The acquisition agreement was signed on 21 December 2017. The purchase price amounts to EUR 185 million and will be paid partly in cash and partly in LLB shares. The final purchase price will be determined at the end of an earn-out period. The current majority shareholders of Semper Constantia, the Haselsteiner-Familien-Privatstiftung and grosso holding Gesellschaft mbH are planning to acquire a stake of around 6 percent in LLB.

The acquisition is still subject to regulatory and anti-trust approvals and will take place in two steps: In a first step, LLB is expected to complete the acquisition of Semper Constantia in July 2018, including the takeover of customer assets of approximately CHF 17 billion (as of June 30, 2017). This brings the LLB Group's business volume to over CHF 75 billion. In a second step, Semper Constantia is planned to merge with "LLB Österreich" in September 2018.

Apart from Liechtenstein and Switzerland, Austria is one of the LLB Group's three home markets. Since 2009, the Group has been active on the Austrian market with its subsidiary Liechtensteinische Landesbank (Österreich) AG, and successfully conducts asset management business.

Semper Constantia Privatbank AG is one of the leading private banks in Austria. It manages net assets of around EUR 15 billion and has 173 employees in Austria. Semper Constantia's three core businesses include asset management and consulting, custodian bank and fund wrapping business as well as real estate. 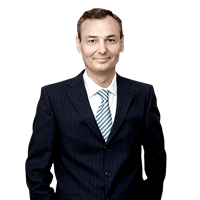