Court hearing via social network – has Europe missed its chance?

Digitalisation is on everyone's lips. Parts of the judiciary – at least in some European countries – are hesitant. Austria introduced an electronic legal communication system for most Austrian courts decades ago.

Claims, submissions, requests for enforcement, land registry or company registry applications can be filed electronically. Attorneys are generally obligated to use the electronic legal communication system.

The HMCTS launched a seven-year reform programme to modernise the courts system in England and Wales, which also aims to digitalise procedures. The reform is apparently struggling due to budget and timescale issues. Meanwhile, China introduced "cyberspace courts" in Hangzhou in 2017 and in Beijing and Guangzhou in 2018, where the whole proceedings, even hearings, are conducted online. A mobile court is offered on the social media platform WeChat.

The spread of COVID-19 lead to cancellation of court hearings across Europe. However, using video and telephone conference for urgent hearings, which cannot be rescheduled, is suddenly encouraged by lawmakers. Are online courts an option in the near future in Europe?

The Netherlands: a pioneer

In 2015 the Dutch government announced the introduction of the Quality and Innovation (Kwaliteit en Innovatie, KEI) Judiciary programme, which should inter alia have expanded possibilities for digital litigation. Several phases were planned to implement digital litigation in first instance, appeals, application procedures and preliminary relief proceedings. Due to budget overruns and uncertainties about the new system, the development has been discarded. The digitalisation of the Dutch judicial system pilot plan failed.

Meanwhile, the Dutch government introduced Spoedwet KEI (Emergency Act Quality and Innovation) which entered into force in October 2019 to end the KEI and introduce new procedural rules. On the digital front, the Act gives courts the option to replace the court record with an audio or audio-visual recording, but not more. Apparently, efforts at digital litigation are on hold for now. However, the spread of COVID-19 also lead to hearings held via video or telephone conference.

Is Austria ahead of the pack?

Electronic filing is standard in Austrian civil courts in all instances and for all kinds of proceedings and preliminary injunctions. Judges may hear witnesses under certain circumstances via video conference. Hearings in civil law matters generally take place in the courthouse, but may be conducted elsewhere if it is easier or if higher costs can be avoided. However, the recent restrictions on freedom of movement and social contacts due to COVID-19 also lead to changes and progress in Austrian courts: hearings in civil law matters shall only be held in urgent cases at the discretion of the judge and even if a hearing is absolutely necessary, it may be conducted by using suitable technical means such as video conferencing or, due to the exceptional situation, even telephone conferences.

Too good to be true?

The reality pre-COVID-19 in civil courts is naturally somewhat different. There are still judges who prefer or even request that exhibits not be submitted electronically (as they should by law) but during the hearing in paper. It is understandable especially in cases where colour prints are required or recommended, because courts usually only have black and white printers. As the electronic legal communication system often struggles with large amounts of data, it is advisable to file larger submissions with numerous exhibits in paper form.

We are a long way from virtual hearings, because the courts lack the money and infrastructure (apart from the legal framework) to implement them. Usually, there is one piece of video conferencing equipment available in court or shared by multiple courts within the same building. Witnesses heard via video conference still must appear in court, albeit in a different country or city, as the identity of the witness has to be determined by this court. In addition, the principles of directness and public participation, two core principles of Austrian procedural law, must be considered.

Will COVID-19 have lasting effects?

As mentioned above and in our coronavirus info corner, the spread of COVID-19 slowed court proceedings down considerably with postponement of most hearings. Even now as public life and movement has been considerably restricted, the courts do not hold hearings via video conference on a daily basis – rather, they are the exception to the general rule only to hold absolutely necessary hearings in civil law matters. We do not expect that this will be the new standard in Austrian courts (yet), but the current restrictions may induce judges to embrace the electronic court file and its opportunities as they work from home. Most Austrian judges are equipped to work from home and are thus able to continue at least part of their work, especially drafting judgements, while most hearings are postponed.

China certainly is at the frontline. Although Austria's electronic filing system is relatively advanced, the state should encourage and finance further digitalisation so the courts can keep up with the times and not just muddle through during a crisis. 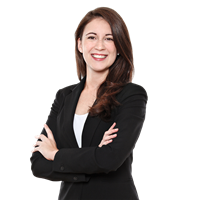