Under Article 30 (5) (c) of Directive (EU) 2015/849 on the prevention of the use of the financial system for the purpose of money laundering or terrorist financing (AML Directive 2015), Member States are obliged to ensure that information on beneficial ownership is accessible by any person or organisation that can demonstrate a legitimate interest in obtaining it.

Directive (EU) 2018/843 of the European Parliament and of the Council (AML Directive 2018) amended (and softened) the original provision on access to information of the AML Directive 2015 by extending the right to access to any member of the general public, with no requirement to demonstrate a legitimate interest. Article 30 (9) of the AML Directive 2018 grants Member States the possibility to provide for an exemption right to restrict the access to all or part of the information on the beneficial ownership on a case-by-case basis, applicable only in exceptional circumstances.

The Luxembourg District Court was recently occupied with two legal actions. One was brought by a domestic company and the other by the beneficial owner of the company, in which the plaintiffs sought a restriction of access to the register data according to the respective Luxembourgish national law (upon such request being rejected by the Luxembourg UBO register), which implemented the exemption right set out in Article 30 (9) of the AML Directive 2018. The Luxembourg District Court agreed and considered that the disclosure of such publicly available information could entail a disproportionate risk of interference with applicable fundamental rights and thus referred a series of legal questions to the European Court of Justice (ECJ) for a preliminary ruling. The legal questions referred included questions concerning the interpretation of Article 30 of the AML Directive 2018 and the validity of its provisions in light of the Charter of Fundamental Rights of the European Union (the "Charter").

Considerations of the ECJ

According to the ECJ (ECJ No 188/2022; joined cases C-37/20, C-601/20), the general public's access to information on beneficial ownership constitutes a serious interference with fundamental rights, particularly under Article 7 (respect for private and family life) and Article 8 (protection of personal data) of the Charter. Against this backdrop, the ECJ declared Article 30 (5) (c) of the AML Directive 2018 invalid.

In a nutshell, the ECJ ruling is based on the following considerations:

The long-term impact of this ECJ ruling and the implementation of sufficient protective measures by the Member States remains to be seen. However, the short-term effects became evident already just one day after the ruling, as, for instance, the Dutch Ministry of Finance and the Austrian Ministry of Finance have already blocked (general) public access to their respective registers. 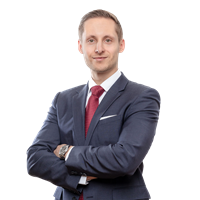